Down times in the Alberta residential market have meant rapid growth for three-year-old real esta... 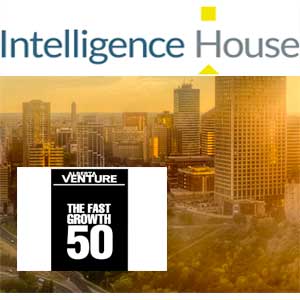 “Everybody wants to reduce their risk so they want more research and market intelligence, and that’s exactly what we offer,” said owner and partner Alex Ruffini. “We’re reinforcing our value by bringing more and more statistical data.”

Intelligence House was launched because its founders believed there was a gap in the Alberta marketplace and that there was no other “one-stop shop” agency specializing in all three of its primary areas of expertise.

“With us, it’s cohesive,” said owner and partner Emmett Hartfield. “We’re very a la carte, but if you want the full package we offer that as well so there’s no need to venture out to other groups.”

Focus on data gathering and analysis

Intelligence House is heavily focused on labour-intensive data gathering and analysis that enables it to identify market trends and gaps as well as opportunities when it comes to multi-family residences. This helps the company to provide guidance to its clients in all aspects of a real estate project, which Intelligence House believes will generate more consumer leads, faster sales and better use of budgets.

“At the end of the day, if your product mix is wrong, you can spend $1 million on marketing and it’s not going to sell,” said Hatfield.

Intelligence House started in Edmonton and has expanded to Calgary. It had a satellite office in Kelowna, B.C. while working on a couple of projects there, but it was closed when those projects concluded.

The company increased its workforce by one-third last year and now has 16 staff members involved in research and marketing and 17 in sales. About 80 per cent work in Edmonton and 20 per cent operate out of Calgary.

Intelligence House expects to grow by 20 per cent this year and forecasts 40 per cent growth for 2018, according to Ruffini, who believes the business model is easily transferable to other cities.

“In other major markets, if something becomes available based on our contacts and opportunities pop up, we’ll jump right on that,” said Hatfield.

“Having a timeline in place to expand into those markets isn’t necessarily on our radar yet. We’re focused on Alberta for now and, if something happens in those other markets, we’re all for it.”

Intelligence House hopes to launch a geographic information software system this year that will enable clients to see real-time data within any residential development. Hatfield thinks that, and other technology-driven innovations, will be another differentiator that will set the company apart from its competitors.

“We have just under $400 million in multi-residential assets that we’re marketing and selling in Alberta, and we’re hoping to expand that this year. That doesn’t include our single-family developments that we do a lot of analysis on. And from there, the sky’s the limit moving forward. We’re going to continue to knock on doors and grow the business and grow the brand.”