JLL has acquired PMX Inc., a Toronto-based project management firm that specializes in public and private infrastructure projects, to expand its project and development services (PDS) platform across Canada. 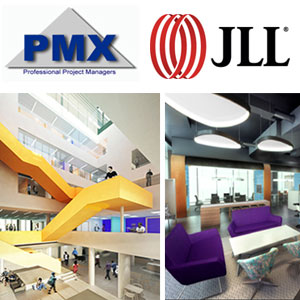 “This acquisition is very much in line with our Canadian and American growth strategy,” said JLL Canada president Brett Miller, who added that PMX is a good fit culturally and will complement his company’s existing range of services.

Approximately 20 PMX employees have joined JLL and will primarily be based in Toronto, with some being on site at various projects across Canada. PMX founding principals Tom Finan, Les Medd, Ed Bush and Sevag Kupelian will continue in similar roles with JLL and be executive vice-presidents within its PDS group. They have more than 100 years of combined project management, engineering and construction management experience and will share management responsibilities of the PDS business in Toronto and across Canada.

“They have a very successful model and we want to see that thrive, so they’ll still continue to operate as a business unit,” Miller said of PMX. “What we bring them is the ability to use the JLL platform, our reach, our local relationships and more exposure to the private sector than they’ve had before to augment their business.”

JLL believes that PMX’s expertise will be particularly valuable in meeting the needs that will be created by the pending public infrastructure spending influx proposed by the federal government.

“It’s certainly an area that we’re hoping to be more involved with,” said Nick Joosten, JLL Canada executive vice-president and national leader for the PDS unit.

JLL acquired Toronto-based HFM, which specializes in building commissioning and energy and efficiency consulting, and integrated its two dozen employees into its PDS group in May 2015. Miller said the process went smoothly and the company’s strengths in commissioning and building analytics have been utilized on projects across Canada. He added that there’s synergy between the former HFM and PMX since they’ve worked together in the past.

“We’re putting together an ecosystem of services,” said Miller.

“It’s a really exciting time for us to have the ability to be an active participant in delivering that vision of building a better tomorrow,” added Joosten.

JLL has annual gross revenues of $6 billion derived from a workforce of more than 60,000 people in almost 300 corporate offices in more than 80 countries. The firm provides management and real estate outsourcing services for a property portfolio of four billion square feet. It completed $138 billion in sales, acquisitions and finance transactions in 2015.