Judicial sales on the rise in Calgary

While David Campbell has worked in Calgary commercial real estate for more than 25 years, the broker/owner of D.C. & Associates Realty became involved with a new specialization in 2010: judicial sales. 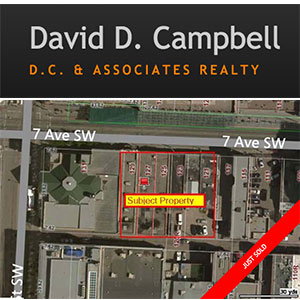 “The judicial sale process is set up to allow lenders to get paid on debt that has fallen into arrears,” said Campbell. “It provides protection to the property owner insofar as the property is not owned by the bank like a foreclosure.

“The property is placed on the open market at a price that is set by the court. This allows for an orderly sale, with the property being offered to the market for a reasonable time. The market determines the end value and any equity that remains after the sale goes to the owner.

“It is a fair process that respects the rights of all parties involved, including creditors behind the lender that has applied for the sale to go through the court. Once the court accepts a price and orders the sale to occur, the title is cleared for the new buyer.”

An increase in judicial sales

It’s not surprising that there’s been an increase in judicial sales in Calgary and Alberta over the past two years as a result of the province’s slowing economy due to a drop in oil and gas prices. The increase isn’t as large as many would think, however, though Campbell is “a little concerned” that it could become more dramatic in the coming year.

“Judicial sales are always happening across all asset classes. However, it appears as though there are more challenges in the land development sector because cash flow is down as a result of slow sales. Well-funded developers are able to weather the difficult times and are now looking at the softening market as an opportunity to acquire distressed properties that offer future upside.”

Campbell recently closed the $12.27-million sale of a 19,474-square-foot piece of heritage property in downtown Calgary at 119-129 7th Ave. SW that fronts on to a light rail transit line. The property was valued at $14.9 million.

“The buyer, Triovest, is a very well-known Calgary developer who will turn what is a rundown part of downtown Calgary into a new and vibrant location,” said Campbell. “We are very proud to have been involved in this first step of its revitalization.”

The property Campbell sold is a block of five buildings on the 100 block of 7th Avenue SW that has been assembled by Triovest for redevelopment, according to a recent story in the Calgary Herald.

Campbell is working on two other judicial sales in Calgary.

One is a vacant 13.14-acre property in the well-established residential neighbourhood of Royal Oak at 10110 Rocky Ridge Rd. NW that would allow for the development of about 110 multi-residential units. It’s listed at $5.9 million.

“It is just minutes from the airport,” said Campbell. “The zoning allows for industrial business and commercial/retail development. It’s a great opportunity.”

Campbell is somewhat worried that there will be a rise in residential judicial sales, as people who’ve been laid off from the oil patch begin to run out of their savings.

“The best advice I can offer those sellers would be that they should be realistic about the value of their home. An overpriced property with an owner who has unrealistic expectations causes more problems to the seller than they often think.”

Despite all of these issues, Campbell remains optimistic about the Calgary real estate market since it has gone through slow periods several times before and both residents and people in the business have proven to be resilient.

“They typically use the tough times as a time to plan for the future, find efficiencies and jump on opportunities.”

The downtown office market is experiencing particularly difficult times, and Campbell believes that it will take years for that to change. But there appears to be a fair amount of optimism in most other commercial areas, and he senses a feeling that the market has experienced the worst of this downturn and that things can only go up from here.