Kevric Real Estate Corporation says it will purchase one of Montreal’s most iconic office towers,... 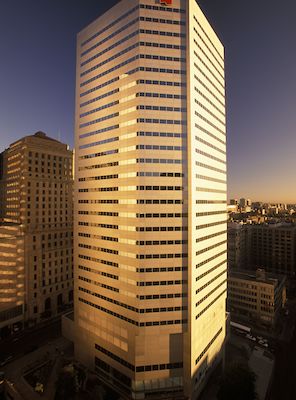 Kevric, which has offices in Montreal and Toronto, said it is making the purchase with an undisclosed Canadian institutional partner. The sale of the 710,000-square-foot building, which was constructed as the National Bank’s headquarters in 1983, is to close on July 30. The building was marketed by Devencore.

“This important acquisition allows Kevric to expand its offering of commercial real estate spaces for organizations which aim to distinguish themselves and will ensure the company’s growth in Montreal for years ahead,” said Kevric president Richard Hylands in a release. “Kevric is proud to continue fuelling the evolution of downtown Montreal into a world-class Canadian city.”

National Bank announced last year it will be moving to a larger, new tower being built on St.-Jacques Street in Montreal. When it moves to the new million-square-foot, 40-storey tower in 2022,  it will leave a significant portion of the building vacant.

The other major tenants at 600 de la Gauchetière are Raymond Chabot Grant Thornton and Investissement Québec.

The tower is currently certified LEED Gold and BOMA Platinum.

The 600 de la Gauchetière tower was built for National Bank at the same time Bell was building 700 de la Gauchetière. Together the towers comprise more than 1.65 million square feet of GLA, and they are connected by a podium which contains a retail shopping concourse.

No financial details have been disclosed about the 600 de la Gauchetière acquisition. However, the purchase price for its 700 de la Gauchetière companion was announced as $322.5 million. That building is the larger of the two, containing 935,866 square feet of space.

Kevric says the buyers plan a “major repositioning” of the 36-year-old building to bring it up to the “highest standards in commercial real estate.”

In a release Monday afternoon, Kevric said a key element of the investment will be to transform the building by giving it a new lobby facing Square Victoria, as well as modernizing its architecture. Kevric said the refurbishment will be focused on keeping 600 de la Gauchetière as a “location of choice for companies in the knowledge, technology and media sectors, as well as Montreal’s new industries.”

The complex is connected to Montreal’s underground pedestrian network and offers direct access to the Square-Victoria-OACI subway station.

Kevric has been investing heavily in the Montreal market in recent years as part of the city’s ongoing commercial real estate rejuvenation. It is also currently working on the repositioning of Place Bonaventure, is finalizing the redevelopment of 1100 Atwater Ave., and completed the construction of the AIMIA Tower in 2014 (it will soon be renamed Air Canada Tower).

Kevric manages a portfolio of more than 3.4 million square feet with 14 buildings located in Montreal and Toronto. Its strategy is to identify and acquire undervalued assets in strategic settings, primarily in downtown Montreal, Toronto, and Canada’s National Capital District. Kevric then upgrades and repositions buildings  to generate superior performance.

The firm has leveraged its expertise to reposition many buildings in strategic urban locations in the heart of Montreal, Toronto and Ottawa/Gatineau. In addition to those already mentioned, such projects include prestigious addresses such as 150 Bloor St. W. and the Consilium Place Complex in Toronto as well as 7250-7450 Mile End in Montreal.