Acquisitions of residential properties in Carleton Place, Ont., Calgary and Edmonton are moving Killam Apartment REIT (KMP-UN-T) closer to its goal of having 50 per cent of annualized net operating income generated from outside of Atlantic Canada. 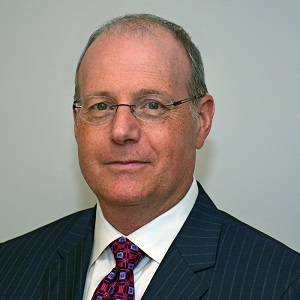 In an interview with RENX, president/CEO Philip Fraser said with the recent transactions, the Halifax-based REIT forecasts approximately 29 per cent of its annualized NOI will be generated from outside of its base.

“It will be right in the markets that we are currently in. We have four markets in Ontario – Ottawa, GTA which is gigantic, Kitchener-Waterloo and London – and out West it’s Calgary and Edmonton with potentially an eye in the future to the south part of B.C. eventually.

“I think everybody would like to be in Greater Vancouver, Victoria or even Kelowna.”

Fraser said Killam has big plans for development sites in Kitchener-Waterloo and Ottawa in the future.

The REIT’s strategy was evident in the announcements it has acquired, or committed to acquire, $51 million in assets in Edmonton, Calgary and Carleton Place.

* In July, it acquired a 137-site, 22-acre seasonal manufactured home community property in Carleton Place for $2 million. The property is adjacent to Killam’s Lakewood Estates MHC; and

“Killam will be responsible for the lease-up of the  building and will take possession upon completion. This agreement also provides Killam with first right to purchase the remaining three phases of the project. Pricing for the remaining phases will be based upon market conditions at the time of purchase,” it said.

“With these acquisitions completed and an active acquisition pipeline, 2018 is shaping up to be one of the largest acquisition years in Killam’s history. We expect to complete a minimum of $225 million in acquisitions this year as we continue to look for opportunities to grow the portfolio and diversify geographically,” said Fraser.

Killam is one of Canada’s largest residential landlords, owning, operating, managing and developing a $2.5-billion portfolio of apartments and manufactured home communities.

Prior to the January 2016 REIT conversion, Fraser held the role of president and CEO, and a director, of Killam Properties Inc., since its inception in 2000. Its first acquisition was in 2002.

“Northview, which was Northern Property, did sort of the high north. CAPREIT was Ontario and Quebec. And we were Atlantic Canada,” said Fraser. “So as we grew we hit the threshold of over 10 per cent market share in all our markets in Atlantic Canada.

“So back then, many years ago, we said we have to diversify and grow into other parts of the country which is exactly what everybody else was doing.

“The other trend that has emerged over the last number of years is that most of the REITs are putting most of their effort into the larger urban centres in Canada. For us, it made sense.”

Fraser said there are two key drivers for the multi-family sector – population growth and job creation. While he said the vast majority of the population growth has been out West and in Ontario, some Atlantic Canada markets are also experiencing that expansion.

“Surprisingly Atlantic Canada, in our centres, especially in Halifax we’ve seen very good growth in both jobs plus population,” he said, “which is one of the reasons why Halifax is a very strong market for us as well as P.E.I. The same conditions.

“With population comes the need for more housing. What we do as well we build our own product . . . . We’re enjoying very high occupancy levels right across the country.”

In Alberta, Fraser said it’s been a tough four years but Edmonton and Calgary are growing. The province suffered through recessions in both 2015 and 2016 following a collapse in oil prices that began in late 2014. However, the economy rebounded in 2017 and continues to grow this year.

“We’re big believers in the West. They’re big urban centres and I think there’s a future there. It’s just that right now it hasn’t been what it was like five years ago when it was absolutely off the charts,” he said.

Of the company’s current portfolio of 15,100 apartments, 669 are in Alberta and 2,400 in Ontario. The rest are in Atlantic Canada.