The construction cost escalation rate in B.C. this year could be as high as 12 per cent, several industry stakeholders said at a recent panel discussion in Vancouver. 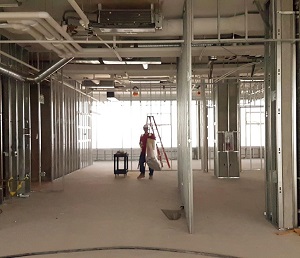 “This is very significant and we see, in some cases, developers just shelve some projects because the pro-formas don’t work anymore,” said panelist Wayne Procter, a director with BTY Group, a full-service consultancy for the construction industry.

The Canadian dollar’s relatively low value, recently enacted American tariffs on steel and aluminum, and shortages in the Metro Vancouver construction labour pool are to blame, panelists noted at the Vancouver Real Estate Strategy and Leasing Conference on Nov. 1.

Tariffs have hit structural steel, aluminum and rebar during the past year and “they’ve all contributed to the material portion of the equation,” Procter said.

Meanwhile, the low Canadian dollar is also adding about a 30 per cent premium on some construction products purchased from the U.S.

However, labour is by far the biggest problem, Procter and others said.

“We have a limited labour pool in the Lower Mainland and that pool is being stretched to the maximum,” he said. “We have instances where trades just won’t bid on jobs, or if they do bid on jobs, they will put a significant markup on the job.”

He said the escalation of construction costs is the worst on commercial builds.

“To compound things further, we’re seeing retirements over the next 10 years from the trades of about 41,000 people, and only about 33,000 new entrants coming into that pool,” he said. “We do see this will continue to be an issue going forward.”

“What we’ve seen is really an acceleration of costs in the past 12 months, making certain things way more difficult to do,” he said.

Projects in Vancouver’s downtown core and the North Shore face the toughest labour situation, he said.

“A guy swinging a hammer on one of our sites, he’s not living, or she’s not living, in an expensive downtown condo,” Tucker said. “That’s not where our labour pool lives as it relates to construction.”

Rising construction costs are certainly mostly about labour, said Tim Grant, vice-president of development with PCI Developments. He said the cost escalation accelerated last year, adding it’s increasingly difficult to attract contractors and labourers and to keep them motivated and on your site.

Downtown and the North Shore are definitely the worst, he agreed. “Guys are having much less productive days battling traffic to get in (and) it’s harder to make deliveries.”

He said the labour issue eases somewhat in Surrey, Langley and other parts of the Fraser Valley, where most of the construction labour lives due to the region’s affordability crisis.

The panelists agreed commercial lease rates have not kept pace with the rising construction costs in the region.

Complicating the problem is the unpredictability of construction timelines due to permitting delays in the regional municipalities, the panelists said.

“It takes us longer to entitle a project than it does to build it,” Tucker said. “Far longer . . . and there is something desperately wrong with that in my opinion.”

The permitting process is throwing a “huge wrench” into the process, Grant said.

“Inherently everybody knows that permitting process is extremely uncertain and that two months could easily turn into six, eight, 10 months,” he said, explaining it’s difficult to hire contractors and schedule a team of builders when the start time is murky.

New solutions are at hand

There are strategies developers can take to mitigate the rising costs, said Tim Coldwell, president with Chandos Construction.

One is to engage with suppliers early in the process to nail down contracts and prices.

He said his team, in some cases, has been able to reduce hard costs by up to 20 per cent by improving their management of the supply chain through building information modelling (BIM) systems.

“We will model the building with BIM to a prefab level, and will pre-fab components of the building out in Abbotsford where the labour is, and we’ll bring those components into the city and assemble them in the city,” he said.

It’s becoming common for Chandos to pre-fab mechanical runs, washroom pods and other repetitive elements of the building, he said.

“Once you’re doing designs in that manner and they’re true building information models, you can quickly simulate builds and optimize that build structure,” he said. “On the computer we can do many many different simulations. It’s the tip of the ice-berg in my opinion.

“I think we’re going through a difficult time right (now) with lots of expansion, but I actually think we’re smart enough to figure this out over the long term,” Tucker said.