In 2015, Kevin Cheung raised a few developer eyebrows with the purchase of a large property at E.... 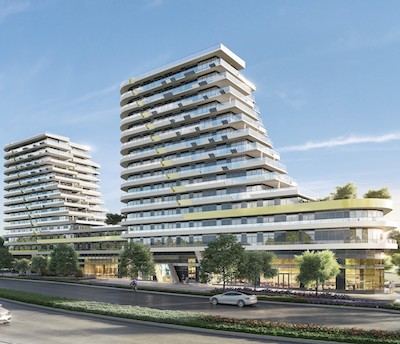 In 2015, Kevin Cheung raised a few developer eyebrows with the purchase of a large property at E. 20th and Main Street, where Burritt Bros. carpets and Bean Around the World coffee had operated for years. The coffee shop was a neighbourhood favourite and the block is the heart of trendy Main Street, which had rapidly gentrified over the previous decade.

The market was at its peak and competition for such a central property was fierce. Cheung’s Landa Global Properties was a relative newcomer. So, when it outbid the established local developers, by what some perceived as a wide margin, there were comments they had overpaid and were driving up prices.

“That was an interesting story. I always felt like it was a complete market bidding situation,” Cheung told RENX in a phone interview from the Landa office. “We were only $300,000 higher than the second bidder . . . to me, that means it was market price. And three months after that bid, everyone was like, ‘that was so cheap’.

“It was a multi-million-dollar deal. We knew who we were bidding against, and the fact that we were so close (in price) to another local developer. If they had won the site . . . I’m not sure they would have got the media coverage.

“I think that Vancouver at that time experienced quite a long period of a pretty flat market in terms of land costs,” Cheung said. “Then it was a wave of an up-trend, and just a lot of developers that were used to a certain norm had difficulty acquiring land, I think.”

Raising the bar on design, functionality

He also thought the city needed to up its game.

“For the longest time, there has been a lot of cookie-cutter product coming out of the development community. From our perspective, we wanted to raise the bar as well in terms of design and functionality, and the offering of our product.”

Five years later, the project, called Main and Twentieth, is nearing completion. It’s a four-storey 42-unit market condo building with retail at the ground level. The coffee shop will return, with the same owner and a new name: Foglifter Coffee Roasters.

It is one of three projects the company is currently marketing through digital means. Landa has slowed down its marketing, but staff continue to work amid the COVID-19 pandemic due to the many projects which are underway.

The pre-sale market has ground to a near standstill as developers postpone project launches. Cheung thinks that’s for the best.

Landa is also selling units at Cascade City and Chateau Laurier, but a tower at 1818 Alberni is on hold.

“I don’t think anyone’s mind is on real estate or buying homes. But, I think the demand is still there, and when (the pandemic) is done and over with, there will be a lot of pent-up demand, whether in the fall or next year,” Cheung said. “I think it will come back eventually. I’m positive and very hopeful.

“It’s just about being productive, trying things out. I don’t think they will buy based on a virtual tour. I’m not super convinced that it’s the best time to market anything.”

It’s been a learning curve for Cheung, who is 32 years old, and formed the company with 34-year-old family friend Scott Wang, in 2013.

One of Landa’s first big developments was a four-storey mixed-use building on Fraser Street, and because so much of the area is on a bog, they ran into foundation problems, costing them another $1 million.

“We were new in the market . . . Lesson learned,” he said. “I think when you’re new, with any business, there are a lot of relationships to build, a lot of street smarts and knowledge you have to learn.

“I think real estate in particular is very regional . . . knowing the nuances of every street and every corner.”

Cheung came to Vancouver from Shanghai when he was three years old and lived with his mother.

He studied at the University of B.C.’s Sauder School of Business and then returned to Shanghai to work for the family development and construction business. However, he never became literate in the language and didn’t fit in culturally, so he returned to Vancouver.

His family’s company invests in Landa, but otherwise it operates as a separate entity, said Cheung.

Cheung has put significant money into the design of his buildings.

He also believes Landa’s recent acquisition of a redevelopment site near the Olympic Oval in Richmond, for $60 million, is the largest such acquisition (based on purchase price) in the province so far in 2020.

A few years previously, Landa had launched pre-sales for Cascade City in Richmond, a set of terraced 256-unit towers set atop a substantial podium, scheduled to complete in 2021.

So successful was the project they sold 80 per cent of the first tower in three weeks. However, when they went to sell the second tower in 2016, the province’s foreign buyer tax had been announced, which threw cold water on the market. 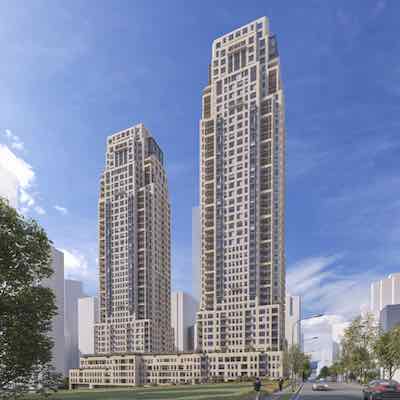 The towers, designed by Rafii Architects and Arno Matis, are distinct from other Richmond buildings that tend to be squat in design, because so much space is required for parking.

The new Olympic Oval project is keeping his team busy through the stalled market. The three-tower development is slated to include Landa’s first hotel tower, as well as two market condo towers, with a small percentage of affordable units.

“With all the redevelopment happening in downtown Vancouver, we lost quite a number of essential hotels,” Cheung explained. “So, the demand has really crept up. We are looking to create something very special here, in Richmond.

“It is an airport market, but we feel there is an upper-scale segment of the market with no product, so we want to create a bit of an upper-scale hotel product for that area. Not full-on five star, but a lifestyle trendy hotel.”

In Shaughnessy, he’s going full-on luxury. The company is in the process of selling high-end condos at the 11-unit Chateau Laurier, a classical design with a limestone facade.

However, Landa’s biggest investment is on Alberni Street, in the city’s expensive West End, where the company has purchased three sites to build four towers.

For the twin towers in the 1400 block of Alberni, he’s brought aboard New York’s Robert A.M. Stern Architects for the market-condo and rental project, totaling 443 units. The project, which will be the tallest Passive House development in the world, is in partnership with Asia Standard Americas.

Further west, at 1650 Alberni, he’s commissioned global architects SOM — whose portfolio includes the One World Trade Center in New York — to design a luxury 170-unit building, scheduled for completion in 2025.

And Rafii Architects has designed a striking 21-storey luxury mixed-use tower for Landa closer to Stanley Park, at 1818 Alberni, which completes in 2023.

The prominence of the sites enables him to spend money on forward-thinking architecture, he said.

“I think the demand for Vancouver is still very high, and we are confident in the long-term Vancouver luxury market,” he said. “In Shanghai the market is going up (post COVID-19).

“Life is returning to normal. I think that’s comforting to know and hear, and that gives me comfort knowing this will be over.”