With a major exposure to the recessionary Alberta market and the oil sands epicentre of Fort McMurray in particular piling up losses, Lanesborough REIT‘s (LRT.UN-T) survival plan is simple: sell properties to keep afloat. 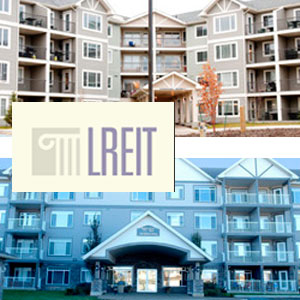 The Winnipeg-based company recently unloaded a multi-residential property in Yellowknife for $23 million, turning a tidy profit.

Lanesborough needs to sell even more assets this year as it struggles to pay debts amid falling cash flow.

Oil’s importance to the Alberta’s economy, where the REIT has a large proportion of its assets, has turned senior management into avid followers of crude price benchmarks, particularly chief executive Arni Thorsteinson who recently rhymed off the day’s closing price for a barrel of oil.

“As everybody knows, there has been many cycles in the past and we are in another down cycle and hopefully it will bounce back sooner rather than later,” he said. “Alberta this year is ‘plan for the worst and hope for the best.’ ”

Lanesborough’s strategy is no secret: defer and restructure debt obligations whenever possible and sell assets to keep cash flowing in.

Selling its Alberta assets is  proving difficult but finding buyers beyond that province and Saskatchewan is easier as prices in the rest of Canada are “at the highest values on record,” said the REIT chief.

With the sale of Beck Court, a 120-suite apartment property in Yellowknife, the REIT closed the book on a property it had purchased for $14.3 million in 2004.

“We made an $8-million profit, a profit is always a good price,” said Thorsteinson. The REIT pocketed $3.4 million in cash, which will be used to repay other debts.

It also negotiated a proviso that should the property be resold within a 24-month period, LREIT will share equally in any profit realized.

Lanesborough also has a 107-unit townhouse/apartment complex in Ford McMurray on the auction block, as well as the Kingsway Arms at Elgin Lodge in Port Elgin, Ont., and Willowdale Gardens in Brandon, Man.

Fort Mac in particular is blowing a big hole in the REIT’s financial results. Last year, the average occupancy level of the Fort McMurray properties (about 1,100 units) dropped to 68 per cent, compared to 86 per cent in 2014.

Lanesborough saw its financial position deteriorate in 2015 and implemented a plan to address its liquidity and working capital hurdles.  Those initiatives included the acceleration of its divestiture program (it sold two properties in 2015 at a combined gross selling price of $72.7 million), the refinancing of mortgage loans, the renewal and increase of a revolving loan, and the continued implementation of cost reduction measures.

From last year’s sales, it received net cash proceeds of $30.8 million which it used to improve LREIT’s liquidity and its working capital position. However, it still needs relief from lenders.

“Our lenders are allowing us to defer some principal and interest payments, so they are working with us,” Thorsteinson said.

Thorsteinson has been down this road before. Temple REIT, which he headed until recently, featured the same troublesome mix of high debt and major Western Canada oil patch exposure.

His involvement in that REIT ended recently when controlling shareholder Morguard Corp.(MRC-T) announced the replacement of Temple executives with people from Morguard, ending more than six months of public share purchases.

While Morguard’s interest in Temple was only known to investors last spring when the real estate giant had to publicly disclose its 10% plus market position, Thorsteinson knew of the interest in his REIT earlier.

The former Temple CEO is philosophical about the takeover of his REIT. “Anybody can put up their money.  It is a public company. We didn’t control the company. Anybody is free to make a bid or acquire shares.”

Morguard’s interest may in fact have put some life in the REIT’s shares.

“In actual fact, because the shares were plummeting after oil’s collapse in 2014, we were happy that someone was buying the shares,” said Thorsteinson.