The recent redevelopment of CF Masonville Place has paid major dividends, so Cadillac Fairview aims to keep that momentum going with further investment in the London, Ont. mall. 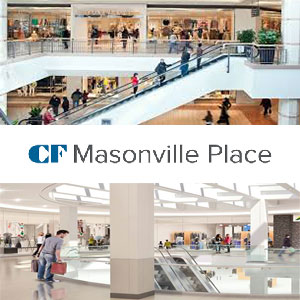 “Food, entertainment and leisure activities are a growing part of the mix in modern centres, and we are committed to delivering on these experiences,” said Cadillac Fairview senior vice-president of development Finley McEwen. “Since the completion of our expansion in November, we have seen remarkable increases in visitor traffic and sales revenue at our retailers.”

CF Masonville Place’s redevelopment, which started in 2015, was the first major renovation and expansion to the shopping centre since it opened in 1985. This past year it welcomed 13 new retailers and services, including the first ZARA in the market as well as H&M, Hot Topic, NYX Professional Makeup, Michael Kors, Browns, Lindt, Saje, Lush, Ivivva, Kiehl’s, Sephora, Freshii and Disney Store. Sport Chek/Atmosphere will open soon.

First round of redevelopment cost $77 million

This first round of redevelopment — which utilized space from a former Sears Canada store and also included such interior enhancements as new porcelain floor tiles and wall finishes as well as new glass and stainless steel handrails throughout CF Masonville Place — cost $77 million.

“As one of the top performing shopping centres in the country, we are constantly looking to provide our guests with a compelling retail mix along with premium dining and relevant entertainment options,” said McEwen. “Our fashion-first and experience-led strategy ensures CF Masonville Place is consistently able to offer our guests the most sought-after brands while delivering a memorable shopping experience with every visit.”

CF Masonville Place placed 14th among Canadian shopping centres in productivity in the 12 months ended Aug. 31, 2016, with sales of $923 per square foot, and was the only mall in the region ranked in the top 30. In comparison, Toronto’s Yorkdale Shopping Centre was first with sales of $1,650.85 per square foot.

Now Cadillac Fairview and its partners have announced an additional $28.6 million investment that will result in retailers HomeSense and Marshalls, along with a first-to-market entertainment concept from Cineplex called The Rec Room, opening in the redeveloped former Target space that’s sat empty since the American retailer pulled out of Canada in early 2015.

“The departure of Target did not have a negative impact overall on mall visitor traffic or sales revenues at our other retailers,” said McEwen. “Our sales productivity has actually continued to rise over the past 12 months.”

Home Sense and Marshalls are scheduled to open this summer while The Rec Room — which combines dining, amusement gaming, technology and live entertainment experiences under one roof — will make its London debut next year.

“We have received strong consumer feedback regarding the digital enhancements at CF Masonville,” said McEwen. “Shoppers love the convenience of our mobile charging options and SHOP! Text concierge service.”