Fresh off buying 641 apartment units in its first foray into the Regina market, Mainstreet Equity Corporation (MEQ) is setting its sights on expansion into other new Western Canadian centres. 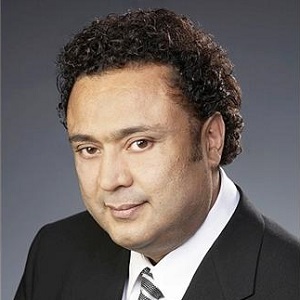 “The expansion story is pretty simple. I’m a counter cyclical investor. I don’t want to be in booming environments wherever they happen to be,” Bob Dhillon, founder and chief executive of Mainstreet, told RENX. “So a great opportunistic expansion strategy is Edmonton, Saskatoon, and Regina and possibly in the future Winnipeg.

“Why counter cyclical? Because that’s where the value is and if the last four quarters are any indication of the market bottoming out … our numbers are showing that Alberta and Saskatchewan has bottomed out in terms of top-line revenue numbers. So the vacancy is stabilizing. In-migration numbers are positive.”

Dhillon said in addition to Winnipeg, the company will also consider expansion to Vancouver Island.

On Wednesday, Mainstreet was announced it had purchased Boardwalk Real Estate Investment Trust’s 641-unit apartment portfolio in Regina for $71.65 million, which includes about two acres of residual land and a warehouse.

“So with a size of 280,000 people with the easiest immigration policies in Canada. University town. And resource based. And head office. For that size of a city I don’t think there’s a better opportunity in Western Canada. It  (Regina) is a market that we didn’t have a footprint in and it’s an opportunistic, bottom-of-the-cycle, counter-cyclical opportunity and it’s a pretty stable market with government jobs, all the mining. You’ve got the Viking oil play, commodities.”

In the past three years, while the economy of Alberta in particular has struggled with an oil price collapse, a soaring unemployment rate, and elevated vacancy rates for both residential and commercial properties, Dhillon said Mainstreet made the right strategic moves. It acquired under-valued assets, improved every metric on its cash flow, bought back stock and re-financed a lot of debt at 100 or 200 basis points lower.

All those moves are now positively affecting the bottom line compared with other companies, he said.

Dhillon said Edmonton and Calgary are slowly becoming lifestyle cities as affordability is a key attraction compared with major centres like Toronto and Vancouver.

“It’s a slow grind going back to the normal market conditions. We are in it for the long haul, but all the numbers are showing positively from Conference Board of Canada, in-migration numbers, the job growth we’ve had in the last little while and the oil prices,” said Dhillon.

“We are believers of Calgary, Edmonton, Saskatoon, Regina. We are believers that they are slowly becoming lifestyle cities and in-migration numbers are positive. We just have to absorb the vacant units and all the condos that go into the rental pool. The supply chain is going to eventually get absorbed and the vacancy rates will tighten up and top line revenue will grow.

“But in the meantime we’ve got to be tough, astute operators so we make sure we don’t overspend capital, we manage effectively and be very aggressive in capturing our fair share of the rental market.”

Also on Wednesday, the mid-market consolidator of apartments in Western Canada announced its operating and financial results for the year ended September 30.

As of the year-end date, 1,175 units, or 11 per cent of the portfolio, remained in the stabilization, reposition and construction process.

Dhillon said economic uncertainty remains the company’s biggest challenge in the Alberta and Saskatchewan markets. Oil and gas producers have begun to gradually increase their capital spending plans, with oil now trading above US$50. Even so, oil markets remain below the levels needed to spur major new developments.

Economic activity remains well below pre-recession levels in the Prairie provinces, but the region is still expected to lead economic growth in Canada as commodity prices rise, according to the Conference Board of Canada.

“As in-migration levels stabilize, we believe the current oversupply in the rental market will continue to be gradually absorbed. This current oversupply is largely the result of a rapid build-out of investor-owned condominiums during times of high economic growth, many of which were later converted into rental units that spilled over into the broader rental market,” said Mainstreet in releasing its financial results.

It said some encouraging signs of absorption included the recent Canada Mortgage and Housing Corp. report indicating Calgary’s vacancy rate in the primary rental market declined to 6.3 per cent in October, from seven per cent a year earlier. This was the first decline in Calgary apartment vacancy rates in three years.