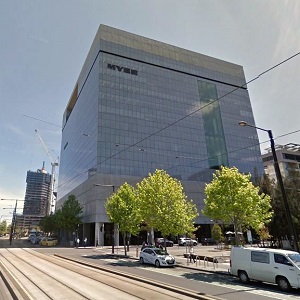 The 317,335-square-foot building was constructed in 2010 and is fully leased. Located in the Docklands Central Business District (CBD), an extension of the Melbourne CBD, 800 Collins Street offers direct access to public transportation and close proximity to convenient eateries and retail amenities.

“Collins Street is the most prestigious commercial address in Melbourne,” Kenny Lam, Manulife’s managing director, head of Asia real estate investments, said in a statement announcing the sale. “The desirability of Collins Street as a commercial hub is highlighted by the quality and diversity of tenants and the movement of organizations into the area.”

The building consists of ground-floor retail, three levels of parking and 10 levels of office space. Retail giant Myer is listed as the major tenant, while Latitude Financial Services recently signed a 10-year lease in the building.

JLL Victoria Sales & Investments and Savills Australia Capital Transactions were marketing the asset, according to a report on the Savills website. It went onto the market in October 2017.

“Over the last two years, Melbourne has continued to increase its relevance on the global investment stage and is forecast to become Australia’s largest city by 2030. It is experiencing a phase of extraordinary positivity due to its strong economy, infrastructure and culture that is extending across all of its property markets.”

The city has an overall inventory of about 48 million square feet of office space, according to Savills.

“Australia’s economy is enjoying its 26th year of consecutive annual economic growth and Melbourne is one of its top two cities in economic size and depth and breadth of the commercial real estate market,” Kevin Adolphe, president and CEO of Manulife Real Estate, said in the statement.

“This acquisition enables us to gain key exposure in the city as we diversify our real estate portfolio and represents a significant milestone as we execute our global real estate strategy.”

Diversified by both geography and asset type, the portfolio consists primarily of prime office and industrial properties, as well as select retail and multi-family residential properties, in key metropolitan centres throughout Asia, Australia, Canada and the United States.

Manulife Financial Corporation operates primarily as John Hancock in the United States and Manulife elsewhere. It provides financial advice, insurance, as well as wealth and asset management solutions for individuals, groups and institutions.

At the end of 2016, Manulife had approximately 35,000 employees, 70,000 agents, and thousands of distribution partners, serving more than 22 million customers. As of Sept. 30, 2017, the firm had more than $1 trillion (US$806 billion) in assets under management and administration.

Principal operations are in Asia, Canada and the United States. Manulife’s global headquarters are in Toronto, and the company trades as ‘MFC’ on the Toronto, New York, and the Philippine stock exchanges and under ‘945’ in Hong Kong.