Marcus & Millichap hopes to have at least 20 agents in its new Montreal office by the end of next year after its recent acquisition of brokerage McGill Commercial. 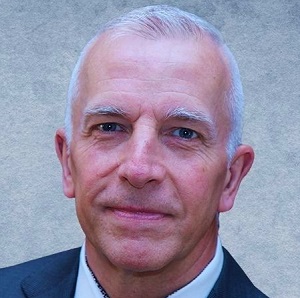 “We think we’re going to be able to attract a lot of talent based on the difference in our platform against other platforms in Montreal,” says J.D. Parker, senior vice-president and division manager for the Northeast division of Marcus & Millichap.

Montreal became the site of Marcus & Millichap’s fourth Canadian office after it closed on the McGill Commercial acquisition on Aug. 31. The commercial real estate investment services firm has offices throughout the U.S. and opened offices in Toronto, Calgary and Vancouver in 2014.

“We are continuing to grow our footprint in Canada to better serve our clients and Montreal’s an obvious and strategic marketplace as a lot of our existing clients in Canada have interests in Montreal,” Parker says.

“As a market, we think it’s really viable. Its strategic importance is significant.”

Parker cites limited capacity in the company and language barriers as reasons why Marcus & Millichap did not enter the Montreal market earlier.

McGill Commercial founders Mickael Chaput and Michael Dermer as well as brokers Naomi Faraj, Louis Hoppenheim and Phillipe Marcotte joined Marcus & Millichap as a result of the acquisition. McGill sold about 20 properties and leased around 25 to 30 properties in the last year, he says.

In the wake of the transaction, Thierry Lessoil has been named regional manager of the Montreal office.

“We selected an industry veteran . . . to come on board and manage and really grow the facility through our agent head count and build it into a major office.”

In a statement, Lessoil said Marcus & Millichap’s “expertise across all real estate asset classes will create opportunities for private and institutional investors in our city, which conducts $5 billion in commercial real estate transaction volume annually.”

Traditionally, Marcus & Millichap has grown organically and does not acquire companies, Parker says. However, the McGill Commercial transaction made “strategic sense” because of language differences in Quebec.

Parker says the company hopes to expand its brand awareness in Quebec through sponsorship roles at various events and by becoming “a player in the market.”

Plans call for the existing Westmount office to relocate into an expanded downtown office by late 2018 or early 2019.

Marcus & Millichap, which now has about 35 agents in Toronto, 20 in Vancouver and several in Calgary, is pleased with its growth in Canada, he says. Overall, the company has 1,800 agents across North America.

“Generally, when we enter the marketplace, we disrupt it because of the unique nature of how we operate,” says Parker. The company’s platform allows agents from any office to receive commissions for selling investment properties across North America.

According to Parker, other multi-national brokerage firms do not share exclusive mandates and are not incentivized to sell outside their territories.

Marcus & Millichap has more than 5,000 private client mandates across North America for assets in the US$1 million to $50 million range. “We have today the largest exclusive inventory of any broker in terms of number of transactions,” he says.

Parker, who joined Marcus & Millichap in 2004, oversees more than 250 commercial brokers and staff and is the firm’s broker of record for New York, Connecticut and New Jersey. He oversees more than 500 exclusive listings within the region valued at more than US$2 billion.