Ken Mariash started in the building business when he was in high school and — with 50 years of ex...

Ken Mariash started in the building business when he was in high school and — with 50 years of experience and architecture, business and other university degrees — the co-owner of Focus Equities is in a unique position when it comes to developing and investing in complex real estate projects. 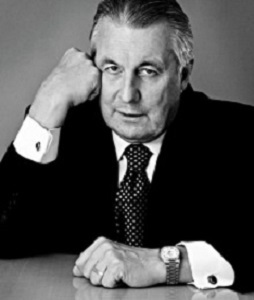 Ken Mariash, the founder and co-owner of Focus Equities.

“After doing hundreds and hundreds of one-off downtown towers in 20 or 30 cities around the world, I just wanted to do more bigger-scale neighbourhoood designing and district planning,” Mariash said. “It doesn’t matter what asset class it is, but it has to have scale involving infrastructure, roads, multiple buildings and a lot of mixed-use.”

Focus and its associated companies have developed, purchased or sold more than 15 million square feet of real estate. Among the projects are Edmonton’s 750-acre Aurum Energy Park and Calgary’s 400-acre Deerfoot Meadows shopping centre, as well as more than 10,000 residential and condominium units throughout North America.

Mariash and his companies, investors and partners have traditionally sought investment opportunities ranging from $10 million to more than $1 billion that are entrepreneurial in nature and can produce high yields on equity.

Their real estate projects have encompassed virtually all asset classes, including large suburban planned communities, industrial and office parks, recreational communities, retail or mixed-use centres and urban infill projects of 500,000 square feet or more. There has also been involvement with power generation and transmission projects, private highways, bridges and railroads.

This culminates in a range of alternatives — from bold and adventurous to balanced and conservative. Plans can also be tailored to the demands or needs of official community plans and market conditions, according to Mariash.

“We’re a master developer and we subdivide everything into parcels,” said Mariash. “We’ll carve out one parcel for this guy and one for that guy.”

Focus typically engages a complement of top local architects, planners and engineers and adds other Canadian and international designers and experts to provide additional input in both the preliminary and fulfillment stages of a project.

“We use everybody,” said Mariash. “We use guys from L.A., Chicago, Toronto, Vancouver and Europe.”

The Tisdale, Sask.-raised entrepreneur doesn’t hold many designers in high esteem, however, calling them “our biggest enemy” and usually ill-prepared to make project presentations to communities because they’re inexperienced and often lack vision.

“Most people take a nice site and chop it up into a city grid because that’s what they’re familiar with. It shouldn’t be that way. It should be organic and according to views, corridors, parks and beauty, and not some city grid.

“We don’t need that on a 100-acre or 200-acre site, but they do because they’re familiar with avenues and streets.”

Over the years, Mariash has also been involved in oil and gas exploration, drilling and servicing, as well as mining, power generation and liquefied natural gas. He’s participated in corporate acquisitions and venture capital for leading-edge technology, medical research and development.

“I have chosen to do fewer and larger transactions in my later life so that I can closely and personally participate in all aspects of design, government approvals, finance and the ultimate delivery of these $200-million to $1-billion projects,” said Mariash.

“Continuous building at the community level and throughout all levels of government, including international governments from time to time, is the cornerstone of success for all these projects.”

Mariash has seven homes in different cities and a private jet to get to them all.

But he’s been spending a chunk of time in Victoria lately, because of the Bayview Place mixed-use development into which he said he’s sunk $150 million of his family’s cash. The 20-acre hilltop site is adjacent to the provincial capital’s inner harbour, a 10-minute walk from downtown, and includes four districts.

The Saghalie District includes Bayview One, an 11-storey building with five townhomes that was the inaugural development when it was built by Focus in 2009. Bosa Properties’ 21-storey Promontory was completed in 2014. Two other parcels will include townhomes, a boutique residential building, neighbourhood amenities and small retail.

The Lime Bay District will have four sites accommodating residential towers, townhomes or ground-level studios, as well as mixed-use spaces at grade joined by walkways and trails.

The Roundhouse incorporates a historic railroad roundhouse and its ancillary buildings. It will have locally focused retail contained in seven boxcars, a train exhibit, a music and entertainment venue, and a pavilion that can accommodate approximately 2,000. The goal is for it to become a destination for both locals and Victoria’s large influx of tourists.

The Tyee District includes a seniors’ housing facility and Bayview Place head office, giving Focus an on-site management presence. As those management needs become less crucial, those buildings will be remodelled for other uses.

Mariash expects most of the “world-class project” to be completed over the next five years.

While declining to reveal details because “it wouldn’t be fair to the property owners,” Mariash said Focus is also “involved in making loans on big projects that we’ll eventually take over.” They range in size from 2,000 to 20,000 acres, he added.

Owing to his academic background, Moriash is also involved with various universities, including The Wharton School of the University of Pennsylvania’s real estate department.

“I don’t want to be teaching anything to anybody that I can’t do myself,” he said.