WINNERS, Coppa’s Fresh Market and Harbour Eats by Mercatino will be anchor tenants in a new retail podium at Menkes Developments’ One York Street in Toronto’s burgeoning South Core. 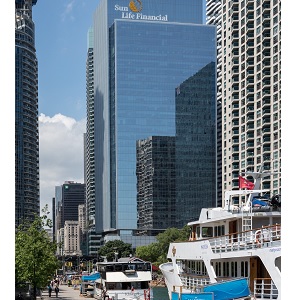 Menkes made the announcement this week, noting 85,000 square feet of the 151,500 square foot podium is now leased.

“Given the limited, large-scale retail space available in the city and the increasing population in the South Core, WINNERS, Coppa’s and Mercatino will tap into a significant market that has shown consistent robust growth in both the commercial and residential sector since 2009,” Peter Menkes, president of the Commercial/Industrial Division at Menkes, said in a release.

The new stores will be part of a large-scale mixed-use office, residential and retail complex at York and Harbour Streets in the South Core, which is home to a growing number of residential buildings, commercial towers and entertainment venues such as the Air Canada Centre, Ripley’s Aquarium of Canada, and the Rogers Centre.

Connected to Toronto’s PATH network (a mostly underground network of walkways connecting about 30 kilometres of shopping, services and entertainment venues), the complex was developed by Menkes.

One York Street, including the retail segment, is a partnership between Menkes, HOOPP (Healthcare of Ontario Pension Plan) and Sun Life Financial Inc. (SLF-T) Menkes is developing the Harbour Plaza Residences, which just commenced occupancies in June. The 1,315 suites are expected to be fully occupied by the fall.

The 20,000-square-foot WINNERS fashions store and 26,000-square-foot Coppa’s will be located on the second floor of the retail podium. Joining Pure Fitness on the fourth floor, Harbour Eats by Mercatino’s will operate a 15,000-square-foot food hall with an expansive terrace overlooking a new city park and Lake Ontario.

Pedestrian entrances are at street and PATH level. Designated retail parking is accessible from both Harbour Street and Lake Shore Boulevard and offers 111 spaces. A further 349 spaces in the garage are dedicated to the commercial component of the building.

Pure Fitness is scheduled to open this summer, followed by Mercatino in the fall. Both WINNERS and Coppa’s will open in early 2018.

“We are excited to partner with Menkes for our first ever store in downtown Toronto,” John Louie Coppa, president of Coppa’s Fresh Market, said in the release. “We will provide a unique concept, tailored to the demands of young, urban professionals living and working downtown.”

Coppa’s is a family-owned and operated grocery store chain with four locations in the Greater Toronto Area.

Mercatino based in Calgary

Mercatino is a two-year-old Calgary-based company which operates market-style restaurants serving fresh, healthy and natural foods. It has five locations in that city, including its flagship in the Bow Tower. This will be Mercatino’s first Toronto location.

Menkes says with these leasings, the balance of the space available at One York Street will be marketed to a 6,500-square-foot restaurant capable of utilizing the Harbour Street patio fronting onto the new park, as well as 60,000 square feet on the third floor to home goods and entertainment.

Menkes Developments Ltd. is an award-winning, fully integrated real estate company involved in the construction, ownership and management of office, industrial, retail and residential properties. Founded in 1954, Menkes is one of the largest private developers in Canada, with a primary focus in the Greater Toronto Area.