A partnership led by Milborne Group has purchased the Port McNicoll Resort Village property from...

A partnership led by Milborne Group has purchased the Port McNicoll Resort Village property from Skyline Investments and is looking to revive the moribund project so it can reach its full potential. 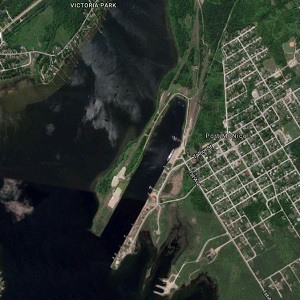 “They hired us 10 years ago to sell about 50 lots, which we did,” said Hunter Milborne, the chief executive officer of the largest new condominium broker in Canada. “They were priced from $400,000 to $500,000 even then, with just lots and no houses.

“There’s potential there to build somewhere between 1,500 and 1,800 homes — single family, townhouses, stacked townhouses and three- or four-storey frame.”

Milborne said the 1,126-acre property, located a 70-minute drive north of Toronto near the town of Port McNicoll, Ont. on the southern shore of Georgian Bay, can also accommodate a 1,000-slip marina. It boasts 10.5 kilometres of waterfront near the 30,000 Islands archipelago, a UNESCO world biosphere reserve.

Port McNicoll property was a “bargain”

Toronto-based Milborne Group, Markham, Ont.-based CIM International Group Inc. and an unnamed foreign company are partnering on the project, which was purchased for $42 million. There was an initial payment of $4.2 million, with the balance to be paid over the next six years.

“The purchase price was very fair and the terms were excellent,” said Milborne, who called the deal a “bargain.”

Toronto-based Skyline originally purchased the Port McNicoll property in 2006 and had ambitious plans to build more than 1,400 homes, a yacht club and marina, shops and entertainment facilities. Little work was carried out, however, and the property still largely consists of empty lots and undeveloped land.

“Their track record has been really good, but it’s been more in respect to buying and selling as opposed to developing,” Milborne said of Skyline. “Where they have developed and had success has been where they’ve had a partner.”

Skyline — which has a portfolio that includes Ontario’s Deerhurst Resort & Village, Horseshoe Resort & Village, Blue Mountain Village, the Bear Valley Ski Resort in California and the Renaissance Cleveland Hotel and Hyatt Regency Cleveland in Ohio — will use the proceeds from the sale to acquire more cash-flowing assets.

The sale closed in July.

Milborne said his group is in no rush to start developing the property because it’s so large; he wants to make sure a solid master plan is in place before moving forward. He expects it to take seven to 10 years before that plan, which will involve fully servicing the property and creating several neighbourhoods and internal roads, is totally fulfilled.

“The community has been very supportive and I think they’re happy to have new ownership and management so they can see something happen,” said Milborne. “We may look for a partner to help with the marina and also another builder partner because there are so many homes to build.”

Milborne said unobstructed water views can be offered to most future residents of the Port McNicoll property by building single-family homes on the waterfront and three- or four-storey residences behind them.

The location offers year-round recreational opportunities, including boating, fishing, skiing, snowmobiling and hiking, as well as Casino Rama in nearby Orillia.

Editor’s Note: The original version of this article misidentified one of the companies involved in the joint venture. There are two firms with similar acronyms in their names. The correct partner is “CIM International Group Ltd.” of Markham, Ont., and that is now reflected in this article.