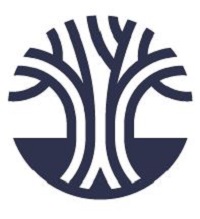 Minto updated the initial public offering prospectus via Canadian securities regulatory authorities. The REIT will offer 13,794,000 shares at a price of $14.50 per unit, for gross proceeds of just over $200 million. It said unitholders are expected to receive an initial annual cash distribution of 2.83 per cent.

Minto Properties will retain approximately 62 per cent ownership interest in the REIT – though that position would drop to 57 per cent if an over-allotment option is fully exercised by the underwriters.

The proceeds will fund the acquisition of the 22 initial properties with which Minto is seeding the REIT. The “high-quality income-producing multi-residential rental properties” are all coming from Minto Properties current holdings and are located in Toronto, Ottawa, Calgary and Edmonton.

The timing of the offer comes on the heels of several other IPOs and major offerings in 2018, with another new trust, BSR REIT (which is based in Azizona, but listed on the TSX), as well as Dream Global REIT and Allied Properties REIT all raising significant new capital in the past few months.

It also comes at a time when, despite newly expanded rent controls designed to protect tenants in Ontario’s booming Toronto and GTHA region, the apartment sector continues to flourish.

“So much damage has been done in the Ontario marketplace by rent controls that, quite frankly, we’ve learned to live with it and I think we’re a little numb with it,” said SVN Rock Advisors CEO Derek Lobo at the recent North American New Apartment Construction and Mixed-Use Symposium + Expo in Toronto.

Other provincial government measures have somewhat slowed down the new homes sector in the GTA and GTHA – at least temporarily – but across the rest of the country the market remains strong, especially in urban centres.

Continued strong economic growth, increasing immigration into Canada and pent-up demand are key factors. Lobo estimated there are more than 500 applications to build apartment buildings across Canada – and more than 160 in Toronto alone.

“It’s taken an awful long time for apartments to be built in Canada, way too long, and it’s been to the detriment of almost everybody in the country,” Lobo said at the event, adding: “I think that we’re moving in the right direction.”

Minto REIT will make its first distribution on August 15, 2018 for the period from closing to July 31, 2018 in the amount of $0.03196 per unit, assuming closing occurs on July 3, 2018. The REIT intends to make subsequent monthly distributions starting in September 15.

The Toronto Stock Exchange has conditionally approved the listing under the symbol MI.UN. The prospectus is available at www.sedar.com.

Minto Properties is a division of The Minto Group of companies, which offers a fully integrated real estate investment, development and management platform.

Since its inception in 1955, Minto has built more than 85,000 new homes, and currently manages more than 13,000 rental suites and 2.5 million square feet of office and retail space.