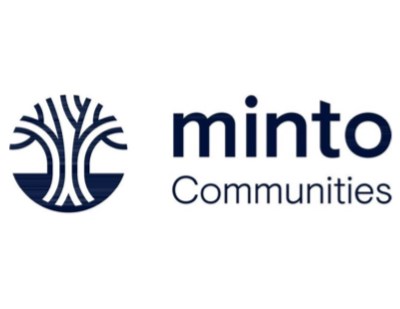 Minto Communities GTA has followed two late-2021 development site acquisitions with two more this year, continuing a steady stream of activity in the Greater Toronto Area. The most recent sites are in Toronto and Durham Region.

There will be more to come, too, according to Minto Communities GTA vice-president of urban development and acquisitions Jeff O’Reilly.

“We’re very selective about the places where we choose to build. We’re proud builders and we want to continue to grow our portfolio with a continued eye to quality locations and quality projects,” O’Reilly told RENX.

“We’ll continue to be active as we execute on our growth strategies. We’re out there and we’re looking.”

No financial terms have been disclosed about the four most recent acquisitions.

It’s been involved with the design and construction of more than 95,000 homes to this point.

Building upon years of activity in Etobicoke, Minto’s newest acquisition is at Grand Avenue and Portland Street in very close proximity to the Mimico GO Transit station.

The 5.5-acre site is zoned for 1.08 million square feet and is slated for a high-rise, master-planned community with three condominium towers including 1,260 units, retail at grade and a public park.

“We want to take the time to get the right product and the right design, and then we’ll advance entitlement with the City of Toronto,” said O’Reilly. “It’s conditionally zoned, so we hope we’ll be in a position to bring it to market in a timely manner.”

The site is currently occupied by vacant industrial and commercial buildings which have not been operational for several years. They will be torn down to make way for the new project.

“The Mimico site is a perfect fit for our urban portfolio,” said O’Reilly. “It’s got the scale and it’s got the locational attributes we’re attracted to.

“There’s an opportunity there to be part of a master-planned, high-density node near transit and a short ride from Union Station. It’s already a desirable community poised for growth.”

There are several similarities between this site and Minto’s 2020 acquisition of the multi-tower Danforth Village development site.

The Danforth property is also within a proposed master-planned, high-density node around GO and Toronto Transit Commission stations in the east end of Toronto at 9-25 Dawes Rd.

Minto plans to build a boutique eight-storey condo that integrates into the streetscape of the diverse and gentrifying area that has many artisan small businesses, restaurants and bars.

“We saw the opportunity to build an urban gem nestled in a strong community,” said O’Reilly. “We’re working hard to design a building that blends well into the existing urban fabric.

Already established with completed and active communities in the rapidly growing Durham Region, Minto has acquired a 27-acre greenfield site at the northwest corner of Columbus Road and Baldwin Street North in Brooklin, northeast of Toronto.

There are tentative plans to build 190 new single-family, traditional townhome and rear-lane townhome residences incorporated into a pedestrian-friendly community with a system of walking trails, parks and green spaces.

“There’s something special about Brooklin when you spend time strolling around the historic downtown village or one of the trails or the green spaces and parks,” said O’Reilly. “You quickly get a vibe for why it’s such a coveted community.

“Brooklin is a livable community that’s growing in a quality way and we’re happy to be part of it.”

O’Reilly is hopeful the development can be brought to market in the next couple of years.

Minto’s other recent Durham Region acquisition is on Courtice Road north of Bloor Street in the Courtice community of Clarington.

“This gives us an opportunity to be a part of the growth in Durham,” said O’Reilly. “This is a great location. We see the future here and we see the possibilities to build something special in a great place to live.”

Other Minto developments in Toronto

Construction of 123 Portland, a high-end, 14-floor, 117-unit condo at the corner of Adelaide Street West and Portland Street in downtown Toronto, is up to the ninth storey.

O’Reilly said not many units are left for sale. The final suites will be released this spring.

Six levels of underground parking have been completed and construction is at grade and about to head upward at The Saint. The 47-storey, 418-unit condo development is at the corner of Adelaide Street East and Church Street in downtown Toronto.

Other Minto developments around the GTA

The first release of units at North Oak Condos at Oakvillage, a 20-storey, 374-unit condo at Dundas Street East and Trafalgar Road in Oakville, has sold out.

O’Reilly said work on an energy-efficient geoexchange heating and cooling system will begin next month and the second release of units will happen this spring.

The Heights of Harmony is a master-planned single-family and townhome development at Harmony Road North and Winchester Road East in North Oshawa.

The first release of houses is sold out and the second release will come this fall.

Site servicing should begin this year, according to O’Reilly.

The first two phases of Union Village, a master-planned single-family and townhome development north of 16th Avenue and Kennedy Road in Markham, are sold out.

O’Reilly said the first phase of construction is well underway and more phases will be released for sale.

Steve McLean Residential Development Toronto / GTA Feb. 14 2022
Steve McLean Business reporter
Steve is a veteran writer, reporter, editor and communications specialist whose work has appeared in a wide variety of print and online outlets. He’s the author of the book Hot Canadian Bands and has taught reporting to college students. He is based in Toronto.