Mixed-use not always a slam-dunk success: Part I

Municipalities are pushing hard for mixed-use developments when granting building permits and, while such properties can be great assets, planners should be wary of trying to force a square peg into a round hole. 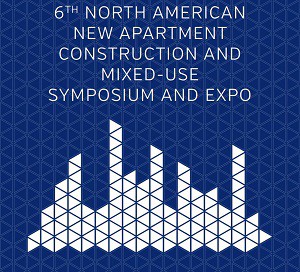 Mixed-use developments were in the spotlight at the 6th North American New Apartment Construction and Mixed-Use Symposium and Expo in Toronto.

Residential developers forced to include ground-floor retail in their condominiums or rental apartments, especially if they’re not on busy streets, can often see that space go unleased for long periods of time.

This is Part I of a two-part feature chronicling this forum. Watch for Part II in Renx’s Thursday Property Biz section.

“Municipalities are often pushing a well-intentioned, but tone deaf requirement of having a certain amount of retail with anything that’s multi-storey,” SmartREIT (SRU.UN-T) chief development officer Mauro Pambianchi said at the North American New Apartment Construction and Mixed-Use Symposium and Expo at the Metro Toronto Convention Centre on June 6.

“You can’t force retail on to a street where there’s no traffic.”

A small retail component often doesn’t affect the overall profitability of a project and Pambianchi said it’s only included as “lip service to include what the zoning requires. But in the end, you have urban blight at the street level. We need to be careful with pushing retail where it doesn’t belong because it’s a lot more location-sensitive than some other asset classes.”

SmartREIT owns 31 million square feet of retail across Canada, which includes about 3,000 acres of land, with about 75 per cent dedicated to parking. It’s looking to intensify its sites through the addition of self-storage, condos, purpose-built rentals and seniors housing, especially in areas with growing populations and easy access to transit.

Platinum Investment Real Estate Group Inc. is closing on a Toronto condo this month, and president Sean Greene said it could be the company’s last, as he sees more value in purpose-built apartments.

“If you’re spending your time and energy and really putting your heart into these things to make them really successful developments, especially if you have a great site, why would you sell it? Our goal is to hang on to these assets for as long as possible.”

While retail may no longer be the best use for certain sites, Pambianchi said it can still be so valuable it doesn’t make sense to change it.

“We own a shopping centre that the municipality is zoning for huge density and, if you look at it, you’d say it’s worth a fortune. But look at the net operating income on the shopping centre, which is always fully leased at $45 rents at a five cap. You can’t do away with that and build something else. It’s worth more than the density value.”

The role of parking

While reliance on cars may be slowly declining, Greene warned his company built a high-end, boutique condo building in Toronto that had a one parking spot per unit ratio. He found they couldn’t sell suites as quickly as expected because of parking issues, as many wealthy potential purchasers had two cars.

“The dream of municipalities is that the billions of dollars that’s going into infrastructure for LRTs and rapid transit buses would be that everyone parks their cars or goes down to one car and starts travelling on these transit systems,” said Greene.

“I don’t know if we’re quite there yet.”