Mizrahi’s The One, 1451 Wellington show demand for luxury condos

Mizrahi Developments, the developer behind The One, Canada’s second-tallest building after the CN... 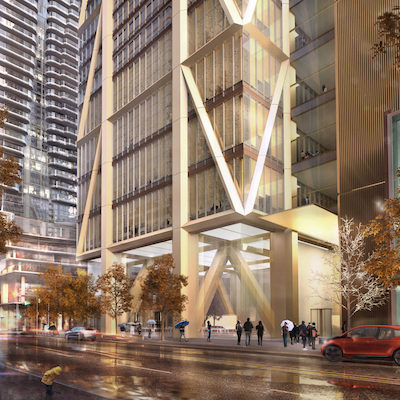 The One is being developed by Mizrahi Developments at Yonge and Bloor Streets in Toronto. (Courtesy Mizrahi)

Mizrahi Developments, the developer behind The One, Canada’s second-tallest building after the CN Tower, is eyeing sites in the Yonge and Steeles area of Toronto for future luxury condo developments.

“We see that as a very ripe area for redevelopment and a gateway site with the Yonge subway line that’s now expanding to Steeles,” said Sam Mizrahi, president and founder of Mizrahi Developments, in a recent interview.

The Yonge subway extension from Finch Station in Toronto will stretch 7.4 kilometres and include five new stations and two intermodal terminals, including one at Steeles.

“We look at Yonge and Steeles as this gateway between Toronto and Vaughan,” Mizrahi says. “It’s a very important nexus, a central node of the city in terms of the diversity and the cultures and immigrants that live there.”

The One, downtown Toronto luxury

The One, now under construction at the southwest intersection of Yonge and Bloor Streets and slated for completion in 2023, will be an 85-storey, more than 1,000-foot-high residential skyscraper with 416 condominium units, multi-level retail and a hotel.

The estimated $1-billion skyscraper is rising at the site of the former Stollerys mens’ clothing store.

Mizrahi says Mizrahi Developments is not restricting development opportunities to just Toronto and Ottawa, where the firm is building the 12-storey luxury condo 1451 Wellington.

“We’re looking at opportunities throughout Canada – anywhere we can come in and add value, where we can create a meaningful development that’s going to add value to the community and to the neighbourhood.”

The developer is not looking to build “formula” buildings or “infill for the sake of doing infill.” Rather, it’s aiming for “iconic architecture and legacy type developments” that will last for decades or even centuries.

Mizrahi says he hopes The One will inspire other developers to raise the bar and “explore what can be done, rather than what has been done.” It is designed by London-based architectural firm Foster and Partners with locals Core Architects.

Foster and Partners was behind London’s “­Gherkin” (30 St. Mary Axe) building, the Reichstag in Berlin and Apple’s headquarters in Cupertino, Calif. 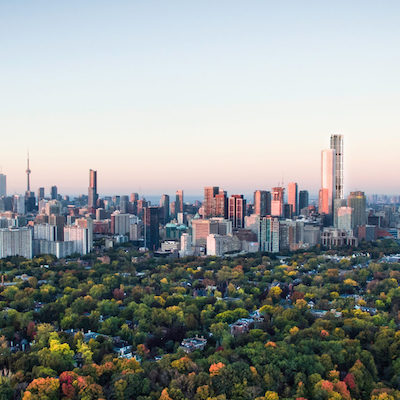 Mizrahi Developments’ The One will tower over every other building in Toronto, except the CN Tower. (Courtesy Mizrahi)

He says Canada has not had a building of international importance since the CN Tower became the focal point of Toronto’s skyline in the 1970s.

“I think the building with (Foster and Partners’) Norman Foster is going to create a secondary focal point to the CN Tower and will put Toronto and Canada on the architectural map.”

The building’s hybrid exoskeleton design features metallic trusses that encase the tower on the exterior.

He is optimistic The One will inspire similar developments and demonstrate that Toronto can join other international cities “that have great architecture that stands the test of time.”

The One sold more than 75 per cent of its units in its first 12 months of sales, which Mizrahi says shows there is a significant demand for high-end luxury products.

Mizrahi insists he did not initially set out to create what will be Canada’s second-tallest building.

“We were looking at reformatting the retail format on Bloor. It really came to reverse-engineering the building from what I was looking to achieve, next-generation retail for Bloor Street.”

“Homes in the sky”: Mizrahi

The goal was to create very high ceiling heights – 34 feet for retail without columns or pillars – to allow international retailers to build “super flagship stores” similar to those on Fifth Avenue in New York or Michigan Avenue in Chicago.

High ceilings of 18 feet were also designed for the restaurants and hotel and 10 feet or higher for the residential component.

For the condos, the aim was to build larger, family-sized units that would “be more like homes in the sky.

“Before you know it, you end up with a building that becomes the size of The One,” he says. Having the second-tallest building “wasn’t the brief. It was ‘Let’s build a building with no compromises in it.’ ”

Although the building will be 85 storeys “it’s really the equivalent of 115 storeys of a normal building just because our ceiling heights are so high.”

The One’s retail component, which includes a ground-floor anchor tenant and restaurants above, is fully leased. Names of tenants have not been released.

Andaz, Hyatt’s luxury boutique hotel brand, has signed on to create The Andaz Toronto–Yorkville hotel, which will occupy the fourth to 16th floors of The One. The hotel will have 160 rooms including 15 luxury suites, and more than 12,000 square feet of event and conference space. 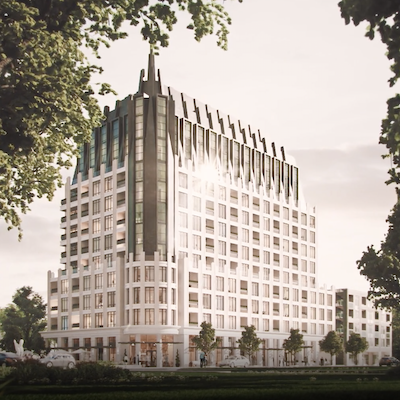 For many years, people doubted Ottawa would support a high-end luxury condo market, he says. “They said it doesn’t exist, but nobody had ever built product to see if the market was there.”

Anticipated for completion in 2022, 1451 Wellington is located at “a gateway site” between Westboro Village and the Wellington West neighbourhood, Mizrahi says.

The building, which will feature a copper mansard roof with a spire, obtained a “landmark” designation during the application and consultation process. That’s a rare designation for a building that has not yet seen the light of day.

He describes 1451 Wellington as “a very classic, timeless mid-rise building that’s very relevant in terms of its scale and use of materials,” with architecture reminiscent of Haussmann buildings in Paris.

Mizrahi hopes the project will inspire more high-end luxury product in Ottawa “since we’ve now demonstrated the market is there.”

Mizrahi, who used to run a dry cleaning company, founded Mizrahi Developments in 2008. It has built luxury custom homes in Toronto and luxury condos that include 133 Hazelton and 181 Davenport.