Montreal’s commercial real estate market has all the fundamentals in place to remain strong this year after an “off-the-charts” 2017, according to market watchers at the recent Montreal Real Estate Forum. 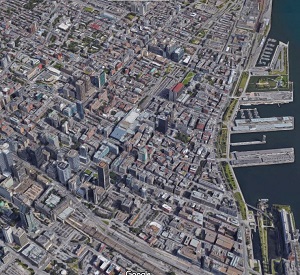 From an investment point of view, Montreal is considered a creative, cool city on a par with cities like San Francisco and Austin, noted Lloyd Cooper, vice-chairman of office leasing, Montreal at Cushman & Wakefield.  “We’ve got a good supply of talent coming out of universities, which is driving demand,” and many companies are coming to the city because of that talent pool.

Last year was “off the charts,” with 1.5 million square feet of absorption of office space, including 680,000 square feet downtown, he said. “It was one of the best years in a long time. “

Cooper recalled being at the Toronto Real Estate Forum a few years ago and the word Montreal was never uttered. Now, the city is hot and is “on everybody’s radar.”

Montreal a top draw for investors

Tom Godber, principal of Avison Young Quebec, noted a recent survey by PwC and the Urban Land Institute found Montreal is perceived by American investors as the third-best Canadian market to watch for real estate investment prospects, behind Vancouver and Toronto. It’s also the fourth-best city among Canadian investors, behind Vancouver, Toronto and Ottawa.

Bernard Poliquin, senior vice-president office, Quebec at Ivanhoé Cambridge said there is an enormous amount of interest on the part of employers who want to locate in Montreal.

Universities are driving demand in cities across Canada, except Calgary, said Tim Low, vice-president, national leasing at Allied Properties REIT (AP-UN-T). “What happened with the tech buzz in Kitchener is exactly what’s happening now in Montreal,” he said.

The one negative in Montreal, the market watchers agreed, is its property taxes are too high compared to the rest of Canada. “We’re disadvantaged by this in Montreal,” Poliquin said.

But that was the only negative during the discussion. Brian Salpeter, senior vice-president, development at Cadillac Fairview noted all the fundamentals are in place for a solid market in Montreal – strong immigration, low unemployment rates and competition for talent.

Despite the strong absorption last year, rental rates in Montreal remain low unlike “frothy” markets such as Toronto and Vancouver, Cooper said. He explained each time the city has had a market shock, such as a referendum, tech meltdown or financial crisis, it has taken 10 years for it to recover. “That’s the reality of Montreal.”

It is still a tenants’ market in Montreal, he said, with outward pressure from the suburbs and growing live, work, play areas such as Mile Ex keeping rents down.

They’re attracting not only creative and entrepreneurial tenants and people in the artificial intelligence field, but mainstream tenants such as Deloitte who are looking at industrial buildings “that have been repurposed into cool spaces,” he said. “The biggest trend is the ‘hoods.”

Cooper said north-end Chabanel Street, in the traditional Garment District, is the non-core market with the most upside potential. The street is located in the middle of Montreal and has 3.48 million square feet of space, of which 1.3 million square feet are vacant. “You’ve got large floor plates, with great conversion opportunities.”

Rental rates on Chabanel are $16 gross, $4 less than the best deals in Mile End and Mile Ex and half the rental rates of the average of the Greater Montreal Area. “That’s where the deals are right now.”

Low said Griffintown has the most upside potential “for obvious reasons.” Griffintown is home to the Allied-owned Le Nordelec development, an “800,000-square-foot monster” he described as “a terrific acquisition.”

Timing for the acquisition “was perfect,” he said, with several condos going up in the area, high demand from TAMI tenants (technology, advertising, media and information companies) and “the neighbourhood is changing overnight.”

Salpeter said West Island suburb Pointe Claire has huge upside potential for development, given that it already has a large amount of office and residential development with more opportunities for densification. A Pointe Claire station for the new light-rail train system Réseau express métropolitain (REM), will be a “game changer.”

Cadillac Fairview bought sites in Pointe Claire before the official announcement of the REM.

Poliquin said while Ivanhoé Cambridge’s focus “remains downtown and we believe in it,” he agreed there will be lots of things happening on the West Island, with Pointe Claire as the likely hub for development. He said downtown remains the best place to provide the live, work, play environment many millennials seek.

He noted all Ivanhoe buildings now feature WiredScore certification, a new measure for connectivity. Its recently opened Tour Manuvie downtown features a millennial-friendly bicycle storage area in the lobby with ventilated lockers and a separate access from cars.