New homebuyers, developers could be pushed to suburbs 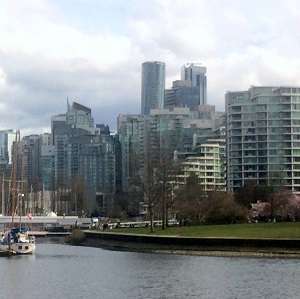 Canada’s new mortgage stress test for homebuyers is likely to push some buyers outside the downtown Vancouver area, one developer says. But Jason Turcotte of Cressey Development Group said it’s unlikely to have a significant effect on demand. (Don Wilcox RENX.ca)

Cressey Development Group vice-president of development Jason Turcotte told RENX the new mortgage rules that took effect on Jan. 2 are “a good thing, for sure” and would likely “shift” a lot of lower-rung home-buying investment rather than eliminate it.

“You’re not necessarily deterring (people) from buying, you’re changing what they can buy,” he said. “What you’re going to see is just increased pressure on the more affordable product. I think what it will mean is you’re just shifting that demand around a little bit.”

Turcotte said there has been a lesson amid all the recent government interventions in the Vancouver-area market.

“I’ve learned how incredibly insatiable the demand for real estate here is,” he said. “In spite all of these demand-side measures, the demand continues to be exceptionally strong.”

He said Vancouver submarkets such as Burnaby, Richmond and Coquitlam could start to see more activity from entry-level buyers who will now be dealing with smaller loans.

The Bank of Canada has said the new stress test could disqualify up to 10 per cent of homebuyers who have a down payment of 20 per cent or more.

Stress tests were already mandatory for mortgages with down payments below 20 per cent, but all prospective buyers will now be tested to see if they can maintain payments at either the Bank of Canada’s five-year average rate, or their lender’s rate plus two percentage points — whichever is higher.

He said the home-building industry relies on buyers who are not over-leveraged, and this test will help in that regard.

Vancouver-based Cressey focuses mostly on mid- to high-end multi-family home and commercial development in Metro Vancouver and Calgary. It has seven projects at various stages of development in the Vancouver region, including Kings Crossing, a three-tower mixed-use project at 7350 Edmonds Street in Burnaby.

The project will include nearly 800 homes, as well as office and retail space.

The stress test follows the implementation in August 2016 of a 15 per cent tax on property purchases by foreigners in the Metro Vancouver region initiated by the provincial government. As of Feb. 2, the City of Vancouver will also start collecting a tax on homes deemed by the city to be vacant. The tax will be one per cent of the property’s assessed taxable value.

The various government initiatives have been sold to the public as strategies to curb sky-rocketing housing prices both for buyers and renters.

Overall, Turcotte doesn’t see prices coming down due to the new stress test.

“It may in some of the higher-end markets, level (prices) off, but it actually might have the opposite effect in some of the price-point sensitive, or reasonable markets,” he said. “It might actually put further pressure on those markets.”