NADG NNN Real Estate Investment Trust has filed a preliminary prospectus in Canada for an initial public offering of trust units worth up to US $50 million. 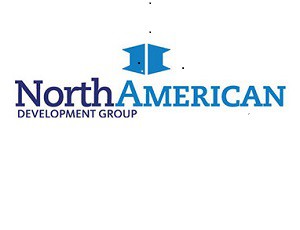 NADG NNN REIT is a U.S.-based, open-ended unincorporated investment trust. It was established for the primary purpose of indirectly acquiring, owning and leasing a portfolio of diversified income-producing commercial real estate properties in the U.S.

The trust focuses on single tenant outparcel properties leased to national or regional operators pursuant primarily to long-term triple-net leases. The offering is a “blind pool” offering and the trust does not currently intend to have any of its securities listed or quoted on a public marketplace.

NADG U.S. LLLP, an affiliate of North American Development Group, is the promoter of the trust and will also act as manager of the portfolio. NADG has 11 offices across North America, including a Canadian headquarters in Toronto and branch offices in Edmonton, Montreal, Ottawa, Halifax and Kelowna.

NADG and its affiliates own interests in more than 23 million square feet of existing shopping centre gross leasable area in the U.S. and Canada, with an additional three million feet in development or pre-development.

Among its Canadian properties are Dartmouth Crossing in Halifax, Faubourg Boisbrand in Montreal and Park Place in Barrie, Ont.

NADG also owns interests in approximately 1,600 acres of land in the U.S. and Canada that has been acquired for future development.

Over the past five years, NADG has acquired more than 45 retail properties comprising more than six million square feet of existing or to-be-developed space.

In the past few weeks, NADG unveiled plans for the tallest towers in the B.C. Interior, a project called One Water Street in Kelowna. This mixed-use development would see towers of 36 and 29 storeys built in partnership with Chilliwack’s Kerkhoff Construction.

Properties owned or under administration by NADG and its affiliates have an enterprise value of approximately US $4 billion.

The REIT says a copy of the preliminary prospectus, which contains further details about the securities, is available from any of the agents.