Apartment building capitalization rates are dependent upon location, quality of product and how quickly rents are growing in a market, and they should be considered as only one factor when deciding on whether to invest. 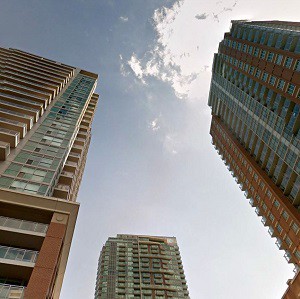 “The liquidity of the market and the stability of the market are far more important than the cap rate,” New York City-based SVN/Angelic Real Estate managing director Gabriel Silverstein said at the North American New Apartment Construction and Mixed-Use Symposium and Expo at the Metro Toronto Convention Centre on June 5.

“Cap rates will balance over time, but your price point per square foot per door is what will determine your stable yield over a long hold period.”

A cap rate is a reflection of what net operating income (NOI) is today compared to an apartment building’s price. It doesn’t reveal anything about your hold period NOI or stabilized NOI.

He expects cap rates will continue to compress even if interest rates rise, which is unlikely given North America’s low inflation environment.

“Because development has been restricted compared to long-term averages, we’ve got a lesser supply for the demand we have today and therefore you would logically expect to see more rent growth and, at a minimum, more stability with higher occupancy,” said Silverstein. “That should continue to keep cap rates down even if interest rates do start to go up.”

“The biggest misconception is that newer buildings get a lower cap rate than older buildings where there’s upside,” said SVN Rock Advisors Inc., Brokerage vice-president Ramona Ursu. “We see the opposite happening.”

Ursu added she’s seen both good and bad apartment buildings do well in recent years because the dearth of available product has made for little competition. That could change, however, and she urged the developers in the audience to design their buildings for the future.

The supply and demand issue is so acute these days that Centurion Asset Management Inc. president and chief executive officer Greg Romundt said his company was dealing with August apartment unit turnovers in April when historically there was a one- to two-week gap. He added Centurion is getting a few hundred applications for a unit in some Toronto buildings.

Centurion owns and operates student housing and apartment buildings and also provides financing and property management for those asset classes. The company and its partners have 7,000 units in various stages of construction.

Many that were anticipated to be rentals will be sold as condominium suites because of the high prices that can be fetched for the buildings.

“Apartment buyers are looking for cash coupons and are annuity buyers,” Romundt told those in attendance. “You guys are equity developers.”

Romundt said developers should sell buildings to annuity buyers when they’re the most stable in order to maximize their return.

Romundt recommended looking for an internal rate of return in the high teens when purchasing new apartment buildings.

“All kinds of things can go wrong in your costs, so we want to make sure that there’s enough margin in there to make sure you have a shot,” said Romundt. “You have to underwrite to the situation where, if something doesn’t go to plan, you’re still in business and don’t blow yourself up.”

First National Financial LP is Canada’s largest non-bank mortgage lender. Assistant VP of commercial mortgages Andrew Drexler said developers and investors should look at where buildings will be in five or 10 years because new technology will change the needs of tenants and future design of apartments.

“You really have to have deep pockets and put a lot of money and thought into the design of these buildings because it’s not just as simple as having a great piece of land that’s near transit and you can build it at a six cap or a five cap.”

Silverstein suggested developers and investors need to come up with new ways to do deals to keep the apartment market moving forward.

“Capital will always flow to deserving deals,” he said. “We have to make sure that there’s a channel for that flow to happen.”

While new rent control legislation in Ontario isn’t expected to have an impact on older apartment buildings already subject to regulations, it could affect new construction and weed out some smaller developers lacking the equity to build and hold on to an apartment for a long time.

“Part of where cap rates go is based on supply and demand, so there’s definitely a lot less interest in retail and a lot more interest from these retail landlords who are trying to create value within their portfolio by building mixed-use or apartments as a means of intensifying existing sites.

“That’s where you may see some of the projects that were being pencilled out being reconsidered if they can’t make the math work.

“I think there’s going to be a lot of that kind of development coming irrespective of the legislation, but a project that may be somewhat borderline in terms of hitting hurdles may get shelved.”

Rents must be priced right from the start

It’s crucial for developers to set their rents at the appropriate level right from the start because it will be more difficult to make up for it down the road if they were initially too low and controls are in place.

Many renters might remain in the same apartment unit for an extended period because they can’t afford to buy a house, or change suites, because their rent will go up if they move.

“You might think you’re renting for a year, but you could be renting for the next 10 years if this housing market stays the way it is,” said Drexler.

“Where you’ll see issues over time is if a renter stays in a space for 15 years and the market has significantly eclipsed the rent that you can now collect from that tenant,” said Silverstein.

“How much money are you going to be willing to put into that tenant’s space if they want something done or something’s become old?