Northview Apartment REIT (NVU.UN-T) will push its holdings over the 25,000-unit plateau with the purchase of a total of 1,250 units from third-party companies as well as affiliates of Starlight Group Property Holdings Inc. 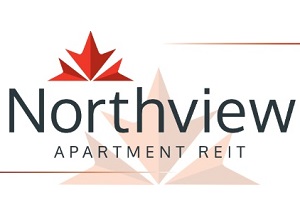 Northview will pay $196.8 million for the properties, which are concentrated in Ontario but also include sites in Quebec, British Columbia and Nova Scotia. In total, Northview is buying 10 properties.

Several of the sites were operated by Timbercreek Communities.

Calgary-based Northview also announced it is selling what it considers a non-core, 216-unit asset in Kitchener for $37.7 million. It did not disclose the purchaser.

“These transactions represent continued progress to our 2017 strategic priorities supporting the strategic capital redeployment and non-core asset sales,” said Northview president and CEO Todd Cook in a release announcing the transactions. “These high-quality assets are located in strong markets with an average vacancy level of 97.5 per cent.

“It will further inprove the overall geographic diversification and quality of our portfolio, with a meaningful increase in the Ontario portfolio. This transaction also increases strong organic growth opportunities for our proven high-end renovation program.”

The acquisitions have a weighted average capitalization rate of 4.4 per cent, Northview said.

The Metropolitan Apartments complex located near Lawrence Ave., and the Alexander Muir Memorial Gardens lists renovated apartments from bachelor to two bedrooms and includes amenities such as a fitness centre and on-site laundry.

The other Toronto property comprises five three- and four-storey apartment buildings along a block of Avenue Rd. near St. Clair.

In Ottawa, Fairlea Apartments is a six-storey building located just off Walkley Rd. It also lists renovated apartments with upgraded kitchens. Amenities at this building include an outdoor pool and on-site laundry, among others.

“The acquisition is expected to be leverage neutral following future non-core asset sales,” Cook said. “In an extremely competitive market landscape, these off-market transactions demonstrate the benefit of Northview’s strategic relationship with Starlight and our continued focus on driving value creation for unitholders.”

Funding for the purchases will be through $121.9 million of insured mortgage debt, the issuance of $52 million in shares to the vendors and $22.9 million in cash funded by its existing credit facilities and proceeds from the Kitchener sale.

Most recently, Northview purchased a portfolio of six residential properties in Moncton, N.B., and sold the site of the former Arctic Hotel in Iqaluit, Nunavut, for $14.9 million.

The residential portfolio includes 327 units and cost $31.4 million Northview reported. Northview is heavily invested in the east coast, with  more than 4,500 units in that portfolio — 1,176 of them in Moncton.

Check back: More details to come on this acquisition.