Northview Apartment REIT (NVU.UN-T) has bulked up its Atlantic Canada portfolio with the acquisit...

Northview Apartment REIT (NVU.UN-T) has bulked up its Atlantic Canada portfolio with the acquisition of six more properties in Moncton, N.B. 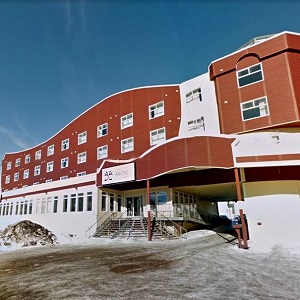 The Hotel Arctic property in Iqaluit, NU., has been sold by Northview Apartment REIT, reportedly to an Inuit-owned corporation. (Google Street View)

The REIT also announced this week the sale of a former hotel in Iqaluit, Nunavut.

The residential portfolio includes 327 units and cost $31.4 million, or $96,000 per unit, according to information provided by Northview. All six of the buildings have been constructed since 2012.

This acquisition increases Northview’s Moncton portfolio to 1,176 units, and the Atlantic Canada portfolio to 4,588 units.

Northview already owned properties in Moncton, Dieppe and Shediac in New Brunswick, as well as Dartmouth and Halifax in Nova Scotia.

In the same media release, Northview announced it has sold a “non-core hotel asset” in Iqaluit.

The Hotel Arctic, located just a kilometre from the Iqaluit airport, was sold for $14.9 million.

Northview did not release information about the buyer, but CBC reports the purchaser is the Qikiqtaaluk Corporation. The hotel has closed, but there is no confirmation how the property will be repurposed.

Qikiqtaaluk is an Inuit “birthright development” corporation created by the Qikiqtani Inuit Association (formerly the Baffin Region Inuit Association). It is involved in many sectors of the region’s economy, including property development and management, fisheries, retail, and servicing the mining and resource development sector.

“The sale of the Hotel Arctic and acquisition in Moncton, N.B., continues our focus on strategic capital deployment,” Todd Cook, Northview’s president and CEO, said in the release. “This acquisition of newly constructed units continues to improve the quality of our portfolio.”

Northview is one of Canada’s largest publicly traded multi-family REITs with a portfolio of approximately 24,000 residential suites in more than 60 markets across eight provinces and two territories.

The REIT seeks out markets characterized by expanding populations, growing economies, high occupancy levels and rising rents, which Northview says allows it to deliver stable and growing profitability and cash distributions to its unit-holders.