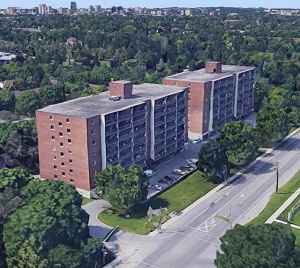 Four of the properties are in Ontario, while the other two are in Halifax.

The price represents a weighted average capitalization rate of 4.5 per cent, Northview said in announcing the transaction.

“The acquisition furthers Northview’s strategy of growing its portfolio of high-quality multi-family assets in strong and growing markets. The four stabilized assets in the portfolio have an average occupancy of 97.3 per cent,” said Todd Cook, president and CEO of Northview, in a release. “Four of the properties are recently constructed luxury rental apartments while the remaining two properties provide us with additional locations to expand our proven high-end renovation program.

“We are also excited to further grow our presence in the Ontario market which continues to generate significant same-door NOI growth.”

Starlight will provide a one-year head lease to Northview on one of the Halifax properties, and the Cambridge property, both of which are in the final stages of lease-up.

Northview previously acquired 1,250 units in a portfolio from Starlight affiliates in November. At the time, the $197-million purchase pushed Northview above 25,000 total apartment units in its holdings.

The two entities have what Cook called a “strategic relationship” at the time of the November acquisition. Starlight president and CEO Daniel Drimmer is a significant shareholder in Northview.

The purchases will initially be funded by: $80.1 million in cash funded from the equity offering, the issuance of $15 million in class-B LP Units to Starlight, as well new and assumed mortgage debt of $56.7 million.

The transaction is subject to customary closing conditions and is expected to close later this month.

Northview will sell 4,200,000 shares at a price of $26.20 per unit for gross proceeds of approximately $110 million via a syndicate of underwriters co-led by CIBC Capital Markets and Scotiabank. The underwriters have an over‐allotment option to purchase up to an additional 630,000 units at the offer price, exercisable up to 30 days after the closing of the offering.

The equity offering is expected to close on or about June 25 and is subject to regulatory approval, including the approval of the Toronto Stock Exchange.

Northview will use proceeds to fund a portion of the acquisitions and to repay a portion of its credit facilities.