TO, Vancouver office condos in demand

A growing demand for office condominiums in Toronto and Vancouver is providing opportunities and alternatives for both end-users and investors. 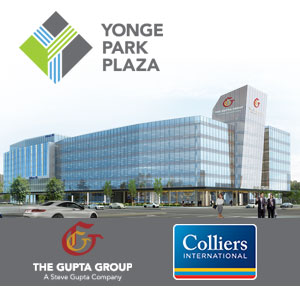 “It’s a commercial asset class that you can play in that maybe wasn’t accessible before. It’s pretty hard for the average person to buy an office building, but they can buy a condo.”

Colliers recently published an analysis of the Vancouver and Toronto markets which revealed office condos are gaining in popularity due to low interest rates, strong price per square foot growth, increasing lease rates and the opportunity to build equity. Chandler said office condo sales have averaged between $70 million and $80 million over the past five years in Toronto, and about twice as much in Vancouver.

While only 31 per cent of office condo buyers in Vancouver were investors in 2010, that number grew to 83 per cent by 2014 with strong interest from local, national and foreign capital. Chandler attributed that increase to “an entrepreneurial culture that has seen a lot of money made in real estate over the years” and a large foreign investor influence.

There were lower sales last year than in 2014 in Vancouver, which was more an indication of a lack of quality product in the market than of a lack of demand.

Office condos have historically been more of a suburban phenomenon than something seen in downtown cores and, while that’s changing somewhat, there were more transactions in Vancouver’s suburbs than within the city in 2015.

Office condos sold within the city averaged 1,710 square feet, while sales in the suburbs averaged 2,393. Chandler said the overall size of Vancouver units is smaller than in Toronto, mirroring what has happened in the respective residential condo markets.

End-users purchased 74 per cent of the office condos in Toronto last year, and more developers have started catering to them by diversifying their portfolios and building more of them. Typical office condo users tend to be small to mid-sized businesses such as engineering, law, consulting, accounting and contracting firms looking to build equity.

Just as the quantity of office condos is increasing, so is the quality, according to Chandler.

“The ones that I know of are very well-built and are either in strong locations that demand a certain level of finish or are a part of larger projects that already have a very good level of finish. You’re also finding a lot of very good amenities around them or as part of them, whether it’s an adjacent hotel or a residential condominium.”

There were 177 office condo sales in 66 different buildings recorded in Toronto from 2010 to 2015. Most were sold in buildings closer to major transportation lines located in the downtown and central midtown markets, and within close proximity of major highways.

“The projects have done very well and I think there will be a continuing supply that will be absorbed,” said Chandler. “It all comes down to the specific project and specific location and the financial metrics.”

The $300-million Yonge Park Plaza development by The Gupta Group/Easton’s Group is planned for 4050 Yonge St. The Colliers-represented property will have 330,000 square feet of condo office space, with units ranging in size from 1,000 to 40,000 square feet, as well as a four-star hotel and restaurant and retail components (shown in the image above).

“The projects are getting bigger and flexibility within the project is important,” said Chandler. “What sets it (Yonge Park Plaza) apart is its scale and the level of finish and that it’s on a transit line.”

While the Colliers report solely focused on Toronto and Vancouver, where office condos are most prevalent, Chandler said they also occur in other Canadian cities to a lesser extent and should continue to grow in importance.

“I think it will expand. It makes a lot of sense, especially in a low-interest-rate environment and a leasing market that is growing and has good prospects for capital gains as rental rates go up.”