The Canadian office market saw overall occupancy grow by an annualized 2.3 per cent in the third quarter, and vacancy rates continued to fall in most of the country’s six largest cities, according to a new Colliers International report. 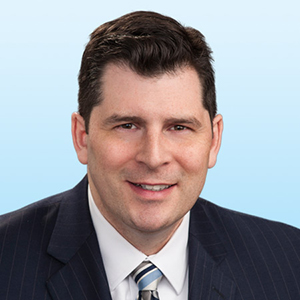 The report looked at office activity in Toronto, Montreal, Vancouver, Calgary, Edmonton and Ottawa, where there was more than 2.8 million square feet of occupancy growth during the quarter. The square footage of premises under construction has risen by 32 per cent to just more than 14.6 million.

The Greater Toronto Area (GTA) continues to lead the country with the tightest vacancy rate of any major metropolitan area in North America at 4.2 per cent. Toronto’s central business district (CBD) has a vacancy rate of 1.4 per cent.

As large block opportunities continue to dwindle across the GTA, tenants are beginning their real estate searches sooner than ever to find a competitive edge. Tenants are now starting at least two years in advance, a shift from the traditional 12- to 18-month outlook.

“We anticipate the outlook to continue growing until well after the last wave of development completes construction,” said Hennigar.

The GTA West region had its best quarter over the previous 13, according to Hennigar, who estimates an additional 6.8 million square feet of office space is required over and above what exists today.

“Fringe buildings in the downtown have been consumed faster than any other kind over the past three years, which has led to higher asking rental rates,” said Hennigar. “Keeping in mind that Toronto’s CBD is the 26th-cheapest CBD in North America, and the sixth-largest, we anticipate rental rates will continue to grow at least 10 per cent in the next year.”

Montreal had a dynamic third quarter, with 1.33 million square feet of office space being leased and the vacancy rate dropping from 10.8 to 9.3 per cent.

This resurgence is being driven by the construction of new office towers to accommodate tenant needs. Manulife, Radio-Canada and National Bank of Canada have or are building new and environmentally friendly headquarters in the city.

“Downtown activity is primarily pre-leasing in new supply at the moment because there’s a lack of available space,” said Hennigar. “The suburban markets, particularly business parks near SkyTrain stations, are seeing a boost because they have large blocks of contiguous space that the downtown market doesn’t.”

With the demolition of 1133 Melville underway to make room for Oxford Properties Group and Canada Pension Plan Investment Board’s The Stack, the amount of new supply under construction in downtown Vancouver jumped from 1.7 million to 2.3 million square feet from Q2 to Q3.

Telus Garden was sold for an undisclosed price in August (reportedly to Greystone Managed Investments Inc., according to Western Investor), but Telus reportedly expects to net $170 million from the sale.

Crestpoint Real Estate Investments Ltd. purchased 800 Burrard Street for $225 million ($1,000 per square foot), with a 4.25 per cent capitalization rate, from Oxford. Crestpoint cited Vancouver’s limited land supply and its ability to attract foreign capital as the basis for paying the premium price.

“Most of the large office sales in the last year have been purchased by Canadian REITs,” said Hennigar.

“It’s harder to say what percentage might be foreign investment with strata sales, particularly the $2,000-per-square-foot strata unit pre-sales that Bosa saw for their strata-titled condo office tower last year, because those deals haven’t closed and comps aren’t available yet.”

The rental market for office space in downtown Calgary continued to grow, with new absorption of 278,385 square feet in the third quarter, although vacancy remained substantially the same with the completion of Telus Sky, which the report said added 461,184 square feet of inventory.

Large suburban tenants are considering downtown options due to attractive lease rates, but higher prices might be on the horizon.

“Office lease rates seem to be holding steady and may start to trend upwards in the future due to the turnover of sublease to head lease,” said Hennigar.

“Edmonton is lagging Calgary in overall space absorption, but Edmonton has less than half of the office inventory that Calgary has,” said Hennigar. “Both markets have seen positive downtown absorption and negative midtown and suburban absorption this quarter.

Ottawa’s vacancy rate has been declining and is now 7.7 per cent, with the CBD rate at 5.8 per cent. Downtown has seen the largest decrease in availability, dropping 270 basis points year-over-year, which has made it more difficult for tenants to find new space.

Several large federal government tenders were secured in the third quarter, most notably in the downtown core, and the report said government activity shows no signs of slowing.

“Most government tenants are in the downtown core,” said Hennigar.

“Since amenities such as parking are so hard to come by, companies with employees that rely heavily on cars are not likely to choose the area. Rents are the highest and so is the density, and availability has gone down significantly over the last year.”

Technology startups are choosing downtown for its more funky spaces, amenities and overall environment. Having Shopify as a downtown tech anchor tenant is attracting other tech firms as well.

The suburbs saw particularly strong absorption in the third quarter, with almost 279,000 square feet of annualized office occupancy growth. Kanata’s campus vibe has made it popular with established tech companies.

“Office is booming in Kanata, as the quality of office space is more modernized,” said Hennigar.

“There is less interest in the East. This is expected to change with the opening of the LRT in Q1 or Q2 of 2019, bringing the East closer to the rest of the city from a transit perspective. The East benefits from more competitive rent.”