People often ask me if Saskatoon has lulls or slower periods in commercial real estate sales and leasing. 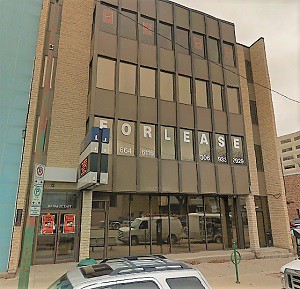 My typical response is that we tend to be busy year-round. However, summer can sometimes slow down with clients taking holidays from the office.

So is this a reflection of the ICR signs you see around town? Probably not when it comes to our office market. There is still a much-higher-than-typical trend of office vacancy across Canada.

In the Western part of the country, much of this can be attributed to the trickle-down effect of the dramatic drop in oil prices not that long ago, partnered with other underperforming commodities.

When the prices of potash or uranium are down, for example, there are many other industries that may contract in turn with the decline.

Saskatoon’s downtown office sector is improving, but it’s been a slow climb.

Saskatoon’s competitive downtown vacancy is 15.6 per cent. This compares to our reporting of 15.7 per cent at the end of the first quarter this year.

Vacancy is 11.9 per cent in Regina, which is a substantial improvement from 12.4 per cent in the first quarter.

Many large urban centres continue to see high vacancies in their downtown office inventories. Ottawa and Montreal are still at 11.5 and 12.4 per cent, respectively.

And there are higher vacancies for our oil-dependant neighbours in Alberta: Edmonton has a 16.9 per cent vacancy, while reports indicate Calgary is at 21.7 per cent.

Only markets like Toronto (7.3 per cent) and Vancouver (9.2 per cent) are below double digits.

Absorption is fairly easy to measure. We consider the full amount of inventory, be it existing or new, against done deals.

Sometimes the math cancels itself out; if a tenant vacates Location A for Location B, they might leave one vacancy while filling another.

Even markets such as Montreal, which has experienced 1,162,390 square feet of absorption to date, have plenty of vacancy to chew away at to bring the rate down.

Most cities outside of Edmonton and Calgary will end 2017 with positive absorption. With less inventory coming to market, I’m hopeful the vacancy rates will continue to improve at their current paces as we head into the fourth quarter this fall.