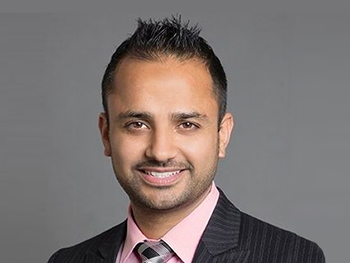 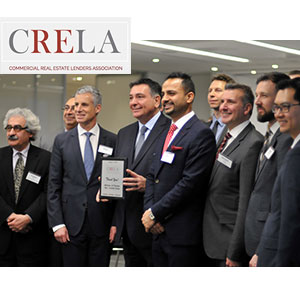 Sousa told stakeholders at a Jan. 17 CRELA luncheon, however, that single-regulator goal isn’t currently possible and that a more achievable first step is to merge willing provincial participants.

That news was welcomed by attendees – more than 70 key individuals from Lifeco’s, Pension Funds lenders, MICs, Credit Unions, Large Canadian banks and foreign lenders – who have expressed varying degrees of concerns with the emergence of shadow banking institutions and sub-prime lenders without proper regulatory oversight.

Sousa also told Max Vo, chief investment officer of R2Crowd, that Ontario is well-positioned to be a FinTech leader because of our strong financial services and technology sectors. He added that helping FinTech and RegTech get off the ground is part of Ontario’s strategy to grow the economy and create jobs.

During the two-hour interactive session. Sousa also discussed infrastructure, the budget, taxes, and the Trump factor.

“Ontario is attracting more (Foreign direct investment) FDI than any North American state or province,” Sousa pointed out. “Low interest environments are good for taking on long term debt to invest in infrastructure. It creates jobs which in turn enhances GDP.

“The Liberal government priorities are healthcare, education, and infrastructure.”

Sousa said the debt to GDP should be coming down towards 27 per cent. (Currently it sits at 39%.)

“The budget should be balanced over next two years,” he said, while pointing out Ontario is a net contributor to Confederation, contributing $11 billion more than it receives.

Sousa also pointed out the maximum tax rebate for first-time homebuyers doubled as of Jan 1.

“Improving housing affordability helps more people in Ontario participate in the housing market,” the Minister of Finance told the luncheon crowd. “Ontario has one of the lowest corporate tax rates in the developed world but various levels of further taxes including federal taxes make us middle of the pack when it comes to having a level playing field with other jurisdictions.”

“The threats to Canadian auto sector are a concern – but the U.S. may have more to lose,
Sousa said. “Trump recognizes the auto production cluster in Ontario and the American Rust Best is critical to the U.S. and Canada imports much more cars than it produces.

“But certainly it’s an area that the government is closely watching and looking into.”