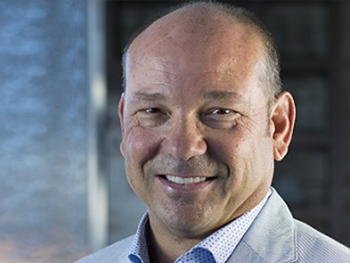 Fred Losani is the CEO of Losani Homes in Stoney Creek, Ont. He submitted this opinion piece in response to recent reports in national media about the housing market in the GTA and GTHA. 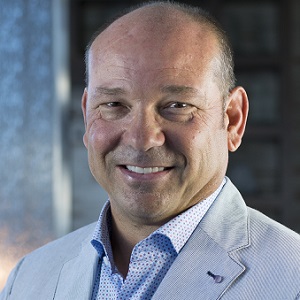 Much has been written in recent months about the stability of the new homes market in the Greater Toronto Area, with most news media reports confirming a precipitous decline in sale prices, the general bottoming-out of the marketplace and a widespread malaise hanging over the industry.

There has also been high-profile media coverage of specific groups of buyers who purchased a home pre-construction last spring — just as the market peaked amid a rapid acceleration in prices due to high demand and short supply — then found themselves in the unenviable position of needing to secure financing on properties that were no longer worth what they’d paid.

Denied that financing by lenders, some said they would be forced to walk away from deposits and risk legal action by developers; their can’t-miss investments soured by a cooling economic cycle.

On top of it all, provincial regulations aimed at curbing what was viewed as the disproportionate — and potentially market-distorting — influence of foreign buyers were introduced in a move to even the real estate playing field.

At the federal level, the Office of the Superintendent of Financial Institutions introduced new rules that came into effect this year setting a new minimum qualifying rate for uninsured mortgages (those with less than a 20 per cent down payment of the mortgage’s full value). Under the new regulations, lenders would need to use the higher of the five-year Bank of Canada bench mark rate, or the contract rate plus two per cent, as a ‘stress test’ when approving mortgages.

Not surprisingly, these new measures have shrunken Ontario’s pool of prospective home buyers.

It would be easy to take these headlines at face value and assume our real estate market is in turmoil, but the reality on the ground is much different.

As a developer of major communities in the Greater Toronto Area since 1976, Losani Homes has seen its fair share of market upheaval. From sky-high interest rates in the early 1980s to the Great Recession of 2008-’09, our industry has managed to weather worse storms in the past. This time will be no different.

That begs the question: How can we separate fact from fiction when assessing the health of the Ontario housing market?

While it’s true that sale prices have plunged since last spring — according to the latest data from the Toronto Real Estate Board, the average price of a home in the GTA in April was $804,584, down 12 per cent from a record high of $918,184 a year earlier — prices are beginning to stabilize. TREB data also shows that average prices in April were down just 0.2 per cent when compared to March sales prices.

Undoubtedly, many new buyers have been pleasantly surprised by this decline in prices, while others have lamented the equivalent drop in the value of homes they’ve purchased, but have yet to occupy. Prior to this dip, many could count on their homes climbing in value by as much as 20 per cent from their pre-construction levels to occupancy.

In our Central Park master-planned community in Hamilton, for example, prices set at the launch of our first property release in late 2016 started at $380,000. By late summer of 2017, the equivalent homes had risen in price to $550,000.

We understand the financial turmoil this can cause for home buyers.

Given our company’s size and experience, we’ve been able to work with affected clients in our large communities, who purchased at the height of the market, but found themselves in a negative equity position before setting foot in their new homes. We deal with these situations on an individual basis to help clients maintain their purchase value within a reasonable target range.

In other words, with a bit of understanding and innovative thinking, this has been a manageable challenge — and by no means are a majority of buyers in such a precarious position.

In fact, our clients are still eager and able to buy new homes, although many have since adjusted expectations given their diminished purchasing power. Some are opting for fewer builder upgrades, for example, while others are trying to maximize affordability by considering Losani Homes in lower-demand areas.

Interestingly, we haven’t received calls from buyers with concerns over the new mortgage qualification rules, likely because the majority have pre-qualified at a capped rate, mitigating the risk of mortgage disqualification.

Many of these buyers prefer a single-family home — the smallest inventory segment of the market compared to medium density housing and condominiums, yet still disproportionately cited as a key marketplace barometer — and headlines continue to bemoan the limited inventory in this category.

Demand does, indeed, often exceed supply. At one of our most recent developments in Beamsville, for example, we released lots in mid-April and sold more than 100 of the 190 almost immediately.

Other factors are still impeding the growth of the GTA real estate market — with soaring land prices being a lead culprit. There is a land supply shortage in our region, largely due to the limitations imposed by the Greenbelt, as well as municipal and provincial approvals processes that, over the past five years, have become more onerous and have seen approval timelines more than triple.

Our industry is also experiencing an acute shortage of qualified tradespeople.

In the case of Losani Homes, even if we could increase capacity to meet demand, we may still not have access to the additional trades needed to meet closing dates. In fact, we’ve reached building capacity, which is why we’re actively reviewing new site launch schedules to avoid selling homes today that we can’t deliver until later than 2020.

In our view, policy from Queen’s Park and Ottawa hasn’t helped the challenges facing our industry.

Specifically, we believe the provincial government acted on outdated information, and could have waited to obtain more accurate data, before implementing sweeping policy changes such as new foreign-buyer rules. While well-intentioned, measures such as these only serve to penalize the hard-working individuals trying to climb onto the home ownership ladder.

Hurdles aside, the GTA new homes market is still strong and shows signs of a robust recovery.

We simply need to analyze the facts and look beyond the headlines to understand the brighter side of this story.

Fred Losani has been a part of the family-owned Losani Homes since 1985. The company was formed by his father, experienced builder John Losani, and older brother Lino in 1976.…

Fred Losani has been a part of the family-owned Losani Homes since 1985. The company was formed by his father, experienced builder John Losani, and older brother Lino in 1976.…