The time is right for rental buildings across much of Canada, even with dampening policies such a...

The time is right for rental buildings across much of Canada, even with dampening policies such as Ontario’s renewed commitment to rent controls. 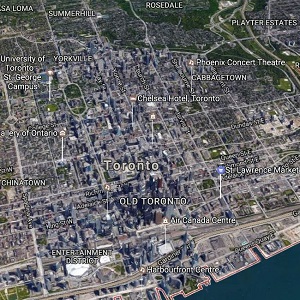 “After 40 years of virtually no new construction of purpose-built rentals, we are seeing a resurgence of activity in most majority markets,” David Bloomstone, director of investment banking with TD Securities and moderator of an industry panel on rental builds at the Land & Development Conference this week.

“Pension funds, REITS, private investors and even retail REITs are entering the marketplace,” he said at the Metro Toronto Convention Centre.

Peter Norman, vice-president and chief economist of Altus Group, laid out what is driving the surge in multi-res construction.

“Demand is always going to be the most important thing that drives change in this industry, the rental industry,” he explained.

“Warm bodies getting together,” which could also be considered household formation, is “the grease that creates the need for rental housing.”

He added the apartment sector is at “the precipice” of demand starting to “ramp up” meaning developers are hitting the right stage of the cycle.

Demographics are driving the demand, and it’s not millennials this time. Instead, it is the so-called Gen Z group, born in the ’90s and early this decade.

Currently, rental vacancy is trending up, but should not be a problem given the upcoming need for apartments.

Norman forecasts annual demand for new rental of about 50,000 annually going forward. Much of that is in Toronto (13,000 per year) followed by Montreal (7,000).

“There is a reasonable need and that is why we are bringing forward this product,” Norman said.

The elephant in the room

Panelists quickly concentrated on the subject of rent control in the wake of the Ontario government’s implementation of new rent control legislation.

Gary Lee, senior vice-president of residential with Bentall Kennedy Canada, said rent controls will likely crimp new apartment construction, movement by tenants and increase costs for most renters. That is pretty much the opposite outcomes of what the government is seeking.

“For Bentall, it will limit the upside potential of our rents; however, we have been very conservative in our rent growth, we have been using two, maximum 2.5 per cent.”

Henry Morton, president of student housing company Campus Suites Inc., said rent controls will not greatly impact his business and may benefit from a shrinking of the cap rate differential between student housing and conventional multi-res.

“We are one of the few guys who are not entirely upset with what has been brought forward,” Morton said.

Tsourounis noted research and development on properties is now a major focus as the landlord tries to keep up with younger, tech-savvy tenants.

“We spend a lot of time on lobby design, how are we going to accommodate increased level of (deliveries) everyone has got Amazon Prime.”

That means being able to expand the number of lobby lockers, for example.

The panel acknowledge the student housing providers are at the bleeding edge when it comes to dealing with tech and Campus Suites’ Morton observed old-fashioned cable TV is out in his buildings.

“So we would have some of the fastest Internet in the area because all they want to do is stream and download. So we don’t even put in TVs or cable systems anymore because they want to take it to a whole new level.”

For his clientele, the company has built gyms that would rival health clubs and his company has found they have to be open 24 hours a day to accommodate student tenants “because our residences are demanding 24-hour services.”