Few elements in the commercial real estate industry these days are as divisive as the office co-working phenomenon. 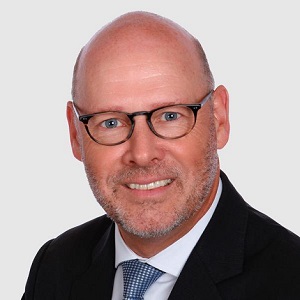 About half of the industry stakeholders and observers think the rise of co-working brands such as WeWork and Spaces are little more than a fad, said office leasing specialist Ross Moore at a recent panel discussion in Vancouver. The other half, “think (co-working) is for real.”

Moore, a tenant-focused leasing advisor with Cresa, joined a panel to discuss the future of the Vancouver office market at the Vancouver Real Estate Strategy and Leasing Conference on Nov. 1.

Some local stakeholders think up to 30 per cent of Vancouver’s downtown office market could soon be taken up by co-working brands, he said.

Does co-working fit with traditional office?

“We’re a slow-moving machine,” he said, when asked about providing direct-to-consumer co-working services in GWLRA’s buildings. “You don’t want to be left behind. We certainly wouldn’t be the first mover.”

He said if GWLRA were to plan another office building, it would include more tenant amenities and provide offerings more similar to what is standard in most co-working locations. “But really, to match what WeWork can offer at this time, our organization isn’t set up for it.”

Another concern about providing direct-to-consumer office space is the makeup of its office buildings, he said.

“How does (co-working) impact a traditional triple-AAA office building? The WeWork clientele and worker typically are of a certain age and demographic,” Heu said. “Do they merge well with a traditional office user, the lawyers wearing the $2,000 suit and the fancy shoes?”

Triovest Realty Advisors has “dipped” its toe in the co-working pool, said Jaclyn O’Neill, vice-president of asset management and investments with the real estate and capital firm which controls 37 million square feet across 380 properties.

“If co-working is a fad, it doesn’t necessarily mean these companies offering it are a fad, because I think they are offering more flexibility and outside-of-the-box office uses,” she said.

“I think what we’re seeing right now is a race to market to capture market share, perhaps get a monopoly and then maybe there’s a bit of a stabilization from here on. I think, overall it will reduce structural vacancy.”

The Vancouver office market remains incredibly tight, said panel moderator, Jocelyne Legal, managing director of office leasing for Cushman and Wakefield in Vancouver. She said Metro Vancouver’s office inventory is about 58 million square feet and has a vacancy rate of 4.3 per cent, a figure that dips to 2.4 per cent in the downtown.

“There is a mere 2.5 million square feet under construction right now; of that, about 40 per cent is already pre-leased,” Legal said. “(Co-working brands) are literally banking on the ongoing demand for office in our market.”

Co-working is expanding exponentially around the world, but mostly in cosmopolitan gateway cities, Moore said.

“If you look at Winnipeg or Boise, Idaho, I don’t think there’s a lot of co-working going on,” he said. “But London (England) has 500 co-working locations.

“WeWork has grown to become the No. 1 office tenant in Manhattan right now and co-working is expanding like crazy in Toronto.”

When New York-based WeWork launched in 2010, users were mostly start-ups and entrepreneurs, but it’s now common for Fortune 500 companies to use the service, Moore said. Vancouver ticks all the boxes of being a co-working city.

It’s a branch office market with small, satellite teams attached to larger firms and many start-ups and entrepreneurs. “Headquarters and co-working don’t go together, but branch offices certainly do,” he said.

Co-working users do pay a premium of at least 15 per cent for their workspaces compared to traditional office, Moore said.

“It’s a 15 per cent price differential for all that flexibility. That’s why it works.”