In The Condo Know 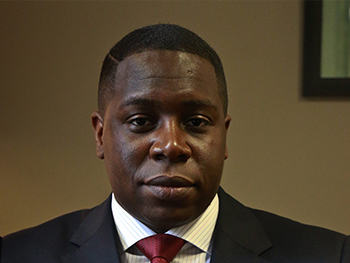 I’ve been thinking how far Ottawa has come over the years, and what it will take to make it one of the most cosmopolitan cities in North America, if not the world. Ottawa is evolving and growing rapidly and in the style of world-class urban centres, our architecture needs to be elevated as well.

One thing that will help is to enlist renowned architects from around the world, often referred to as “starchitects,” to head the design team for our buildings.

This doesn’t necessarily mean leaving behind local firms; many of these international companies work in tandem with local architects. This way, we get a global perspective that is appropriate for the local market.

Every architect brings a unique artistic flair to the table, but that is only part of the picture.

There is an additional cost associated in hiring an internationally renowned architect, but this cost is typically realized in the enriched value these projects achieve.

When looking at a city like New York, the average price for a downtown condo is about $1,762 per square foot. In projects that involve a star architect, values can climb to between $3,000 to as high as $3,700 per square foot as seen in projects like 520 West 28th and The XI.

In Vancouver, Westbank’s Vancouver House designed by Bjarke Ingels realized values close to $2,750 per square foot, while similar projects downtown are seeing values between $1,200 to $1,500 per square foot.

The Toronto projects mentioned are also seeing substantially higher values per square foot than their competition.

In all of these cases, the value increase appears to be 100 per cent, which tells us purchasers in these buildings have valued the architecture and design they bring at more than double the average for their respective cities.

Our socioeconomic data in Ottawa support the idea that the market will stand higher price points, with numerous white-collar jobs, a good employment rate and some of Canada’s highest household incomes.

Today, the average downtown Ottawa condo value is around $600 per square foot. The luxury market, which, by the metrics previously mentioned, should be valued at around $1,200 per square foot, is sitting at only $720-$800.

This is only a 20 per cent increase in value, which again indicates the market has not yet fully matured to the level of the other major cities mentioned here.

We have indeed seen a handful of projects launched at higher values, such as the penthouse collection at Mizrahi’s 1451 Wellington, where the values were placed around $1,200 per square foot.

At Roca Home’s Queen Elizabeth Residences in the Glebe, values are about $1,100 per square foot.

The room for growth is still evident, but it is clear innovative architecture and design are key factors in realizing the full growth potential.

Ottawa’s population is now over one million and as we continue to grow we will learn that it is a missed opportunity to not incorporate world-inspired design concepts.

Choosing architects who will create exceptionally inspiring exteriors which compliment well-designed interiors will affect how the buildings in Ottawa are perceived by the public and the overall underlying value of the project.

Derek Nzeribe is Director, Sales & Marketing Ottawa, at Milborne Group, which is Canada’s largest and most successful pre-construction sales and consulting firm.