“Rising single-detached home prices are pressuring affordability in both the new home and resale... 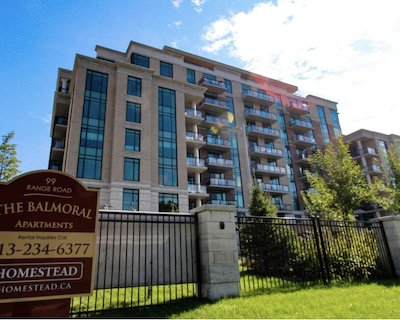 “Rising single-detached home prices are pressuring affordability in both the new home and resale markets and skewing demand toward less expensive housing types.”

This is how CMHC characterized the record volume of multiresidential building activity in Ottawa in its September housing starts data released on Oct. 8. Opinions on the subject shared at the Ottawa Real Estate Forum on Oct. 17 suggest CMHC’s dry summation hardly does the current situation justice.

Nick Pantieras, senior managing director, IPA, with Marcus & Millichap, moderated a panel discussion on the state of the Ottawa multires market. He started off by noting almost 30 multiresidential projects are under construction, or slated to begin construction in the City of Ottawa within the next two years.

There are more proposed developments lining up behind those.

“There is an incredible amount of supply coming to market, but there still seems to be a supply imbalance,” he said.

The affordability issues noted by CMHC are one factor. Another is shifting demographics.

Demographics a key to demand

On the one hand, there are the young professionals who have yet to marry or have children. On the other, boomers near or at retirement are looking to downsize.

Kelly Rhodenizer, director, commercial and multifamily development for The Regional Group, noted the pressure this puts on the property developer and owner.

Boomers want quality amenities, services and finishings. The challenge is to deliver that level of quality in a rental situation, where units are subject to the wear and tear of more rapid turnover compared to a condo.

Homestead develops, owns and manages rental properties across Ontario. It is also seeing more multires development on what Henry called the “fringe of an established mature neighbourhood.”

Boomers who want to downsize still want to remain a part of the neighbourhood in which they raised their kids. This can pose challenges with project approvals if the local municipality has height restrictions in those neighbourhoods.

The panelists agreed multiresidential development in Ottawa is also under the influence of two other weighty factors: current and future LRT development, and continued emphasis on intensification and infill.

“Where I think LRT is going to change things a lot as well . . . is essentially affordability,” said Denis Archambault, president of DMAC Group. “If you are on the LRT line and don’t need a car, that frees up 12-15 per cent of your gross income.”

Together, LRT and intensification is forcing not just Ottawa, but other cities as well, to “rethink the way we work and live and play,” said panelist Brad Cutsey, the president of InterRent REIT (IIP-UN-T).

The traditional lines between what is residential, what is institutional and what is commercial need to blur in a way that goes far beyond just putting retail on the ground floor of a residential tower.

“If you want families to live up there, you have to offer the hospitals, the care, the education,” Cutsey said. “In order to make sense of some of these projects, make sense of the density with the transit limitations, you are beginning to see more of that.”

He cited as an example Toronto, where schools are already beginning to be located in downtown towers.

Archambault agreed, asking why an “old Sears location can’t become a school with seven stories of residential above.” 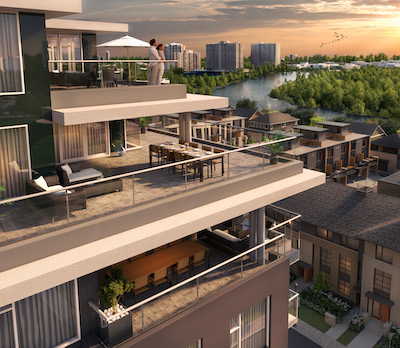 Greystone Village is a major infill residential and mixed-use development by The Regional Group, at the eastern edge of downtown Ottawa. (Courtesy Regional Group)

Ottawa as a destination

The panelists also discussed Ottawa as destination – both for new residents and investors.

“There are a lot of people, a lot of investors, in North America who are waking up to the very real dynamics we are seeing here in Ottawa,” Cutsey said. “Ottawa is a big, big beneficiary of cost pressures and inflation in Toronto.”

Employers, too, are increasingly looking to Ottawa as they factor local housing affordability into decisions on where to set up new operations.

This in turn threatens to fuel inflationary pressures in the Ottawa market. Henry noted “how he gets nervous” when per-square-foot rental rates are hitting $3 and $4, as they are now in Ottawa.

The day before the forum, Rentals.ca and Bullpen Research & Consulting released their October National Rent Report, which pegged the Ottawa community of Kanata as having the most expensive two-bedroom apartments in Canada.

“How much higher can it go?” Henry said. “How high-end are you willing to go to achieve those rents to push profit margin?”

Ultimately, the relief valve is to simply add more rental stock, of any type, said Cutsey. This  puts the onus on city hall to cut red tape and make it easier for developers to develop where and how it is most advantageous and profitable.

* Homestead: The Balmoral at 99 Range Rd. The Kingston-based company’s first intensification project in Ottawa, which has “convenience and luxury at the forefront.”

* InterRent REIT: 473 Albert St. InterRent bought the vacant office building just east of Bronson Avenue for $21.8 million and will convert it to multiresidential use.

Leo Valiquette Business reporter
Leo Valiquette is a freelance marketing communications consultant and business writer, and former editor of the Ottawa Business Journal. He has also landed a publisher for his first novel, but that’s another story.