When he was invited to sit on the “How do we Growth Hack Ottawa?” panel, William MacGowan did some serious thinking about what the city can do to become an international tech leader. 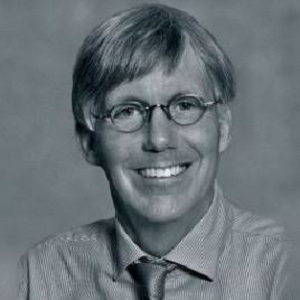 MacGowan is an Ottawa resident. As Director of Smart Building Digitization at tech and innovation firm Cisco, his mind naturally drifted to what he knows best.

Then it struck him.

“I clearly see an opportunity where Ottawa can position itself as a leading centre for digital-building, high-performance buildings,” he said during a panel discussion Wednesday at the Conflux Canada conference in Ottawa.

“There is a massive demand coming for buildings that are more sustainable, there is a whole movement of cyber security, activity-based work.”

MacGowan was the last person on the three-member panel to speak, but the only one to get a stirring round of applause. Such a response, you will know if you’ve attended these types of events, is somewhat rare.

Many prerequisites in place

As the panel gained momentum, it became apparent the National Capital Region, which includes Gatineau on the Quebec side of the Ottawa River, has many prerequisites in place.

“The largest growth sector we have in our economy right now is the tech sector,” said Bruce Lazenby, the head of business development at the Regional Group of Companies. “We have about 1,800 (tech-related) companies and 68,000 people.”

“The unemployment rate (in the tech sector) is one per cent and everybody is hiring. So, there is a massive job shortage/opportunity in this city. The question is what do we do about it?”

First, retain more young hearts and minds. The city is home to both Ottawa and Carleton universities, as well as Algonquin College. But Andrew McAllan said many students leave Ottawa after graduation.

The head of real estate management for Oxford Properties Group has three family members who attended university in Ottawa. All joined the exodus after graduation, despite the fact they all like the city.

“They said it was because of housing, that the availability of housing across a broad spectrum didn’t exist for them,” McAllan said. “Kids now are willing to spend far more on rental property than I ever was, but they want it in a live-work environment, not out in the suburbs.”

He quoted an Environics Analytics survey, done for Oxford, which shows different attitudes among millennials about the types of communities in which they want to live.

“We found out that millennials, quite different from my generation, (are seeking) the whole live-work-socialize in proximity. In other words, they want to live very close to where they work,” said McAllan, who commutes daily 40 kilometres by train to his Toronto office.  “They are not prepared to do that, and they will make job decisions based on that.

“When we look at successful cities, and I was in San Francisco recently, it’s in part because they’ve regenerated the downtown as a live-work environment.”

Ottawa councillor David Chernushenko said some of this work has begun, with the city building Phase 1 of a light rail transit system from the east end under the downtown.

“Our step toward light rail is going to be very important,” he said, but “even when this first line opens in a little over a year now, that is only the first short trunk line into a broader network that we need.”

Phase 2 of the LRT will expand west and south, and it’s already leading to the types of developments of which McAllan was speaking. But Chernushenko, a strong voice on council for environmental and sustainability issues, said it is just the beginning.

The city, whose largest individual employers are the federal government, the Ontario government, and the municipality itself, must lead a culture shift in the public service.

“Why is it so hard for our public service to attract the best and brightest?” he asked. “That’s because traditionally people don’t feel like they can make a real difference.”

He wants to “dramatically shift culture” among public service workers. “Yes, do rock the boat, you won’t get slapped down for it, we want you to suggest hacking ideas.”

Which leads back to MacGowan. Cisco is a leader in smart building technology through its innovation centres.

Some projects in Ottawa have already come to fruition, including a major retrofit of the Bank Of Canada headquarters which radically transformed it into a modern workspace.

Lazenby said Canada is second only to China in the quantity of Internet of Things patents, with many of those firms based in the National Capital Region.

The “Trump Card”, as Lazenby called it, means many workers and companies are looking outside the U.S. for opportunities. “Why not Ottawa?” he asked.

Ottawa is also already recognized as a highly sustainable city – ranking third in North America in one survey, behind only San Francisco and Washington.

The last word goes to McGowan, who added another wrinkle during his closing comment.

“We are seeing tech companies in Ottawa moving from a technology base to problem-solving. With problem-solving then comes go-to-market and if there was any technology platform to build on, it’s the investment that is coming into Ottawa around artificial intelligence,” he said.

“You see all sorts of other cities picking up big investments in AI.

“AI drives problem-solving and I would just drive that right up the flagpole. I think you have it, I think you just need to let people outside of Ottawa know what’s going on here.