Oxford Properties Group has added the Canada Pension Plan Investment Board (CPPIB) as its partner to redevelop a portion of New York City’s historic St. John’s Terminal site, they announced on Wednesday. 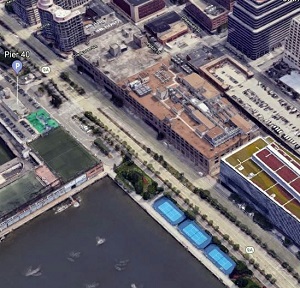 The two firms, long-time joint venture partners on other major developments, closed on the acquisition of the portion of the property south of West Houston Street for $700 million from Westbrook Partners and Atlas Capital Group. Oxford says it will own a 52.5 per cent interest and manage the development; CPPIB will own the remaining 47.5 per cent.

The 3.25-acre site features 600 feet of Hudson River frontage in the Hudson Square submarket of Midtown South. The existing 1.1 million-square-foot St. John’s Terminal structure was built in 1934 as the rail freight terminus to the High Line.

The northern portion of the site is not part of the transaction and will be developed separately.

Oxford and CPPIB expect to announce further details of the St. John’s Terminal development in the second half of 2018. The site is slated for commercial and residential development, including potentially more than 1,500 apartments.

Oxford originally announced a deal with Westbrook Partners and Atlas Capital Group for the redevelopment of five acres at St. John’s Terminal — with more than 850 feet of river frontage — in September.

Oxford Properties Group is one of the world’s leading real estate investment, development and management companies. Established in 1960, Oxford manages more than $40 billion of real estate assets on behalf of its co-owners and investment partners, with a global portfolio spanning over 60 million square feet.

Headquartered in Toronto, with offices in Hong Kong, London, Luxembourg, Mumbai, New York City, São Paulo and Sydney, CPPIB is governed and managed independently of the Canada Pension Plan and at arm’s length from governments.