Oxford Properties Group says it is the first in the retail industry in Canada to allow customers to use their WeChat Pay and Alipay mobile wallets in 11 Canadian shopping centres in Ontario, Quebec and Alberta, affiliated hotels and other travel partners. 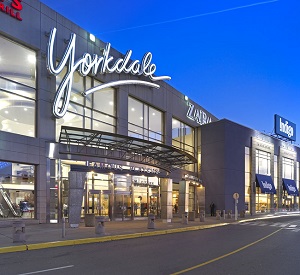 The two Chinese mobile payment services work by linking with users’ debit and credit cards, providing a platform for peer-to-peer transfers and enabling purchasing in renminbi, the company said Monday.

Together, the apps have more than 1.2 billion active users around the world.

Oxford piloted WeChat at its flagship Yorkdale Shopping Centre in Toronto earlier this year and said it received “overwhelming” positive feedback from customers and retailers.

“The test/pilot began in the spring with a tour group at Yorkdale,” Connor said, “and we phased it to include Square One in the coming months before rolling it out to all centres at the beginning of Q4.”

How it works at Oxford shopping centres

“We’ve had our guest services staff speak with all the store managers and share that if a customer comes through with one of these payment options not to turn them away, but to walk them over to guest services and purchase the total value that will be purchased in store with an Oxford gift card,” Connor said. “And that happens quite often.”

“All of our tenants accept the Oxford gift cards, so that is how we are able to get over a payment hurdle,” and ensure all retailers are able to accommodate mobile wallet payments.

Connor said Oxford will expand its acceptance of the mobile wallets to all its urban retail centres next year.

“All of our shopping centres that have a permanent guest services kiosk and sell gift cards will have the opportunity to participate in this.”

The move is significant for two reasons.

First, it opens mobile pay options to customers paying in currencies other than Canadian dollars, which could have a significant impact with tourists and other visitors.

Second, according to the 2011 census (as quoted in The Canadian Encyclopedia), there were more than 1.3 million Canadians of Chinese descent. This represents one of the largest ethnic groups in the country. The majority have settled in two of Canada’s largest cities, Toronto and Vancouver, where Oxford owns several of its retail properties.

The popularity of mobile payments continues to grow, but the segment of the overall population in Canada using mobile wallets remains relatively small. In a Nielsen Canadian survey conducted in late 2016, 29 per cent of respondents said they actively used their smartphone for mobile payments. But, only 57% of those users said they were also using mobile wallets — meaning about 16 or 17 per cent of the overall population was using the payment option.

The survey said two-thirds of those who did pay via mobile phone, but did not currently use a mobile wallet, planned to try the apps within six months.

Connor said at this point Oxford has no specific timeline for incorporating other mobile wallets into its payment systems.

Oxford manages more than $40 billion of real estate assets on behalf of its co-owners and investment partners, with a global portfolio spanning over 60 million square feet. The company has offices across Canada and in London, Luxembourg, Boston, Washington, D.C., and New York, with regional investment, development and management professionals.

Oxford is the global real estate arm of OMERS, the pension plan for Ontario’s municipal employees.