Park Place Mall in Lethbridge, Alta., has had a BOMA BEST Platinum certification since 2009, and... 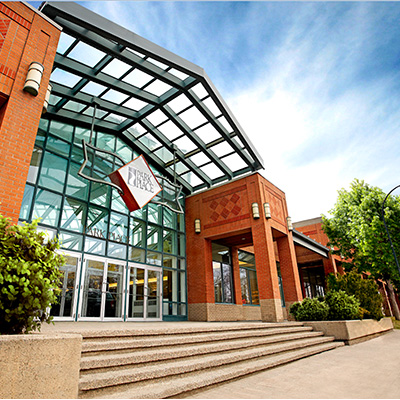 Park Place Mall in Lethbridge, Alta., has had a BOMA BEST Platinum certification since 2009, and this summer it received the Building Owners and Managers Association (BOMA) International TOBY Award for retail buildings.

“Park Place and Primaris value their role in the community and conduct business with a holistic approach that fulfills their triple bottom line of environmental, economic and social goals,” general manager Kevin Brees told RENX.

“One of the leading factors that make Park Place fascinating and so interesting is our sustainable rooftop vegetable garden, which plays a large role not only in our BOMA BEST Platinum designation and our BOMA International TOBY win, but also has a great impact in our community and the environment,” said Brees.

“Park Place’s composting program and rooftop garden have allowed the centre to reduce the building’s impacts on the landscape (and) save thousands in operating costs, as well as generating thousands in sponsorship revenue while continuously strengthening local relationships.”

Park Place’s rooftop garden program was launched in 2009 and has yielded multiple benefits:

* Through aerobic composting and regular turning of the soil, the program has reduced the generation of approximately 4,861 pounds of carbon dioxide equivalents since inception;

* It diverts approximately 1,797 pounds of organics each year;

* It absorbs and retains up to 50 per cent of the rainfall it receives, which equates to approximately 893 gallons per year at Park Place;

* Rain barrels capture and save approximately 700 gallons of water per year;

* The composter converts organics into nutrient-rich soil and no fertilizers, pesticides, herbicides or insecticides have ever been used in the garden;

* Without the program, Park Place would face costs such as increased compactor services, landfill fees, fuel surcharges and added expenses for tote rentals;

* Park Place has donated more than 800 pounds of vegetables to local charities since inception.

“Over the first several years, Park Place decided to donate the produce to Harbour House, a local 24-bed crisis unit for abused women and children,” said Brees. “In the most recent years, we’ve expanded those donations to the city’s two food banks.”

Bullfrog Power and other initiatives

Another initiative launched in 2009 was a partnership with clean energy provider Bullfrog Power.

“We are now using 100 per cent renewable wind energy and natural gas in the common areas, food court and offices, which echoes our commitment to environmental sustainability and to the future of the community in which we live.”

Primaris is the Canadian retail division of H&R REIT (HR-UN-T), one of Canada’s largest diversified real estate investment trusts with an enterprise value of approximately $14.5 billion.