Part two: Technology is going to change everything

There’s never been a better moment in the history of commercial real estate in Calgary, or anywhere in the world. And the lessons we can learn from the Calgary marketplace apply regardless of where you live, or even what industry you’re in.  This sentence sets the context for this three part article about how technology is impacting the real estate industry.  Part one describes key disrupters and ended with description of what Millennials are doing? 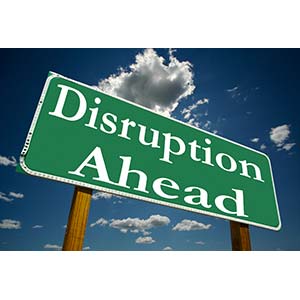 End of the inflexible office

In terms of our commercial real estate case-study, I think it means nothing less than the death of the long-term inflexible office lease. Everyone in office sales or leasing should really think about that. Everything you know about marketing your business is based on the idea that you are selling five-year legal contracts that bind the buyer to a space commitment in a very inflexible way for an extended period of time. The Millennials want none of that. It’s going to change the world of office-leasing. In fact, it’s going to cause all kinds of disruption.

Now let’s look at industrial real estate, as another example of the massive opportunities in store.

We’ve all heard of “The Industrial Revolution”, and anyone with even a vague memory of high school history class remembers how much of a game changer that was. People started going to work in factories. The 9-5 work day was born. Mass production meant mass consumption. Short vacations. Slave labour. The creation of the entire concept of upward mobility. Child labour. The invention of a middle class. The invention of the working poor. The need for large industrial buildings. The need to move goods and services all over the world on trains and boats and airplanes: most of which had not been invented yet.

Well, call me crazy but I think new technologies are pushing us into another industrial revolution and that the impact on commercial real estate, and the world, will be just as big if not bigger.

For example, the Blade is a car that goes from 0-60 in about 2.5 seconds. That’s faster than a McLaren P1 supercar. But it isn’t made in a massive factory with specialized equipment for producing supercars. It’s printed on a 3D printer.

3D printing technology allows small startups to enter the auto-manufacturing industry without all of the typical barriers involved. It is estimated that the cost of developing a traditional car factory is US $1 billion, while the cost of a “micro factory” to produce these cars would cost roughly $20 million. So emerging tech, in the form of 3D printers, has completely altered the auto-manufacturing landscape.

Here’s another example. The UN estimates that by 2030, approximately 3 billion people will require housing, and 3D printers are being considered as a possible solution to that. A Chinese company, WinSun, has a 3D printer that printed 10 houses in 24 hours last year. The process saves between 30-60% of construction waste, decreases production time by 50-70%, and labour costs between 50-80%. That’s the entire residential construction industry up-ended.

Wedding rings can be customized to the finger, at far lower cost than traditional wedding rings. This is now a common practice in jewelry making.

3D printers can make steaks and sausages by replicating stem cells taken from live donor animals, which is more sustainable, ethical, and practical.

This 3D printing stuff – most people think it’s sort of fun and cute and wacky. But really, it’s the next industrial revolution. You won’t need a factory to sew those t-shirts and you won’t need people to pack them up and you won’t need to ship them to the airport and then across the world to warehouses that hold on to them for a little while until it’s time to ship them to the retail store where someone unpacks the boxes and hangs them up on hangers until consumers walk into the store and buy the sweater and pay for the sweater and then go back home.

You need NONE OF THAT.

You need a piece of programming that consumers download so they can print your product on the 3D printer in their kitchen.

Here’s a bust of me, done on a 3D printer in my friend, Douglas Coupland’s dining room. He scanned me with his cell phone. It took about 30 minutes to print. It’s made of cornstarch. The printer cost less than $500. So it’s a toy version, for now, of what is being used in the real-world, right now, to make all kinds of things happen.

Admittedly the consumer versions of this technology are at the dot-matrix-printer stage. But give it a year. Soon we will all have a rudimentary 3D printer in our homes.

And they won’t be rudimentary for long.

Read part three of this article in next week’s edition of Property Biz Canada on September 29, 2106.

DAVID ALLISON advises clients across Canada and the USA about how to build a great brand and tell a great story. He has worked on hundreds of commercial, residential, industrial and recreational real estate projects around the world.

He is a frequent speaker, writes for industry publications, and in 2015 was named Editor-at-large by the Urban Development Institute.