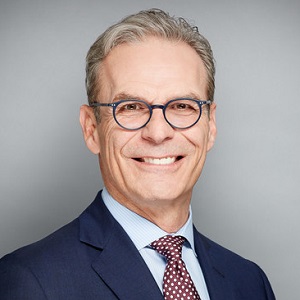 “Under Paul’s strong leadership, GWLRA has become one of Canada’s leading real estate organizations,” Srivastava said in a release. “In this role, Paul will work to establish a global real estate platform leveraging our existing strong regional capabilities to allow us to continue to accelerate our growth and maximize our access to investments across the regions.”

Finkbeiner has three decades of real estate experience and joined the organization more than 20 years ago. Prior to his time at GWLRA, Finkbeiner was senior vice-president at Trizec Properties, and director of corporate operations at Brookfield Property Partners.

He has a Bachelor of Applied Science and a Masters of Engineering from Queen’s University, as well as a Masters in Business Administration (finance, general) from McGill University.

With Finkbeiner at the helm, GWLRA grew from $800 million in assets under management to $17 billion, managing more than 230 office, industrial, retail and multi-residential properties across the country.

In this planned transition, Tamlin succeeds Pamela McLean, the trust’s CFO since 2014. McLean remains within Morguard, where she will focus on accountability for a variety of shared service teams.

Newman’s move is an internal promotion. He was director of finance at Morguard Corp. (MRC-T) since 2015 and previously worked in senior financial positions at two publicly traded residential REITs. He brings eight years of corporate finance, treasury, financial planning and reporting experience to his new role as CFO. A graduate of McMaster University with an Honours Bachelor of Commerce, Newman is also a CPA.

He succeeds Robert D. Wright, who transitions out of the CFO post he has held since November 2013 to become vice-president at the REIT.

Several changes to Timbercreek Financial board

There is one departure and two arrivals on the board at Timbercreek Financial Corp. (TF-T). Company president and CEO Cameron Goodnough has joined the board, and Pamela Spackman will join effective Jan. 1, 2019. Andrew Jones has resigned as a director.

Goodnough was appointed president of Timbercreek Financial in March 2017 and became chief executive officer on Jan. 1 of this year. He is also managing director, corporate development for Timbercreek Asset Management Inc.

Spackman has held the positions of vice-president mortgage investments at British Columbia Ministry of Finance, and president and chief executive officer at Column Canada Financial Corp. She was also previously a contributor to the Timbercreek mortgage business as a member of its credit committee from 2008 to 2016. Spackman currently sits on the boards of Slate Office REIT (SOT-UN-T) and WPT Industrial REIT (WIR-U-T).

Manulife Asset Management had made a number of appointments to its Global Asset Allocation team, including a new head of asset allocation in Canada. The global team of more than 40 has approximately $110 billion in assets under management.

Jamie Robertson was named to the Canadian asset allocation position, responsible for overseeing the franchise which includes portfolio management, research and development, supporting product development and business development. Based in Toronto, Robertson had been the managing director of Manulife’s portfolio solutions group after serving in increasingly senior roles at Manulife and several other companies.

In other appointments: Bruce Picard becomes model portfolio lead, moving over from Mass Mutual where he led multi-asset efforts; 25-year-investment veteran Geoffrey Kelley was named a portfolio manager; multi-asset and fixed income investing expert David Kobuszewski takes on a new role as senior investment analyst; Frances Donald is promoted from senior economist to head of macroeconomic strategy; and Rob Sykes and Chris Walsh have been promoted to portfolio manager positions, and will handle multi-asset portfolios.