JLL Canada has made three appointments to its management team across Canada. Pierre Beaulieu has... 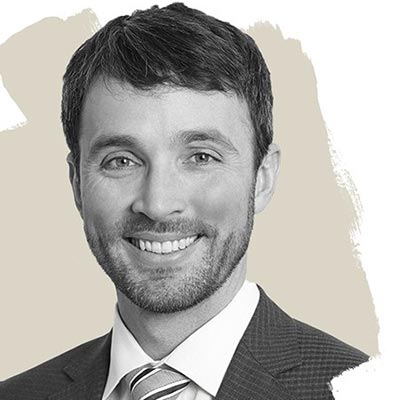 JLL Canada has made three appointments to its management team across Canada.

Pierre Beaulieu has signed on as senior director, head of strategic sourcing for corporate solutions Canada; Philippe Bernier is the new vice-president, strategy, operations and sustainability; and Kirk Kuester has joined the company as executive vice-president of the capital markets business line in British Columbia.

Prior to joining JLL in January, Beaulieu was strategic sourcing director at grocery retailer Sobeys. Before that, he worked in a series of positions for Sun Life Financial and CBRE, where he rose to become director of strategic sourcing.

Bernier holds a bachelors in applied science in civil engineering from Queen’s University and a masters in philosophy in engineering for sustainable development from the University of Cambridge. He’s a licensed Professional Engineer in Ontario and a LEED Accredited Professional, and is trained in Lean Six Sigma.

In his new role, Kuester will be responsible for the growth and leadership of the capital markets practice in Vancouver. Prior to joining JLL, Kuester was executive managing director at Colliers, where he held regional responsibility and led a team of over 200 that facilitated many of the region’s most notable sale and lease transactions.

Kuester’s career spans over 30 years, where he began as a capital markets advisor and was consistently recognized as a top performer by delivering market-leading debt and equity alternatives.

He then spent 17 years building and leading a large and successful fully integrated commercial real estate brokerage. Kuester is market-facing and known for his vast network of relationships and market knowledge as well as his commitment to innovation, employee engagement, service excellence and growth.

Wright began his career in commercial real estate at Macdonald Commercial Real Estate Services in 2010, where he was recognized as a top performer from 2012 through 2020 with a regular place on the Award of Excellence list.

He is well-experienced in managing complex transactions with a focus on the industrial sales and leasing market in Vancouver, Burnaby, Coquitlam, and North Vancouver.

Wright’s extensive knowledge and network provided him the opportunity to work on many sales transactions across a variety of assets including multifamily, development land and retail investments.

In Edmonton, Myles Strilchuk has joined Avison Young as a principal. Strilchuk joins the office’s growing mortgage services division and will focus on all asset classes across Western Canada, including commercial, industrial and retail.

Strilchuk joins Avison Young after nearly a decade at Canada ICI. In addition to his experience across all asset classes, he has a strong focus on multifamily development and term debt, including CMHC financing.

WPT Industrial Real Estate Investment Trust (WIR-U-T) has appointed Lori-Ann Beausoleil to its board of trustees. A partner of PwC Canada, Beausoliel is the national leader – compliance, ethics and governance and a real estate advisory partner.

She previously served as the national forensic services leader, a member of PwC’s deals leadership team and the consulting and deals leader for PwC’s Canadian real estate practice. She began her career at PwC in 1988 and became a partner in 1999.

Beausoleil is also a CPA, CA and holds a bachelor of commerce from the University of Toronto.

Friedman director of acquisitions at SmartStop

SmartStop Self Storage REIT, has hired Kevin Friedman as director of acquisitions to oversee the underwriting of self-storage acquisitions and develop relationships across the industry.

Friedman is a graduate of the University of Denver and a Certified Commercial Investment Member (CCIM).

Emergia Inc. (EMER-CN) announced M. Yves Séguin is stepping down from his position as director and chairman of the board, due to “professional reasons.”

Henri Petit, who had been serving as chief executive officer since the end of 2018, will become the new board chairman.

Cynthia Jagger, principal at Goodman Commercial in Vancouver, has been appointed to the Urban Development Institute – Pacific Region’s board and executive committee. UDI is considered the key voice of the B.C. real estate development industry.

Goodman has closed and consulted on some of the most complex, high-profile land and investment transactions in B.C. during the past 18 years. In the last five years, her record tops 70-plus transactions worth over $1.2 billion in sales volume.

She also has a long record of industry advocacy and evidence-based rental development policy. Having risen from appraiser to principal of Goodman Commercial, her advocacy activities make her a prominent voice within the industry.

Felson appointed to Urbanimmersive board

Urbanimmersive Inc. (UI-X) has appointed Glenn Felson to its board of directors. Based in the New York City area, Felson recently served as chief sales officer for Breather, a leading proptech provider of space-as-a-service, overseeing all revenue, strategy and customer service responsibilities.

He brings more than 20 years of proptech and real estate experience in executive leadership roles in sales and operations from start-ups to Fortune 500 companies which include Realogy (Century 21, Sotheby’s, Coldwell Banker), Kastle Systems and William Raveis Real Estate.

He also authors an industry blog: PropTech and the Future of Real Estate.

He will replace Eric Charbonneau, who has left the board after serving as a member since 2016.