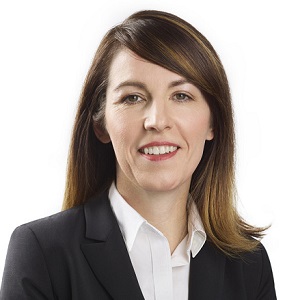 Kirk is a seasoned executive with more than 20 years of experience in real estate, capital markets, investment banking and equity research. She has a strong knowledge of Cominar, having served on its board of trustees since May.

Kirk has a Bachelor of Commerce from Concordia University and is a CFA charterholder. She is also a member of the Board of Trustees of Minto Apartment REIT (MI-UN-T).

“Heather’s extensive Canadian real estate capital markets expertise, strategic thought and insight, and deep understanding of our institutional unitholder base further strengthens our leadership team as we continue to pursue our strategy,” said Cominar president and CEO Sylvain Cossette in a prepared statement.

She will replace Gilles Hamel, who has served in the position the past five and a half years. Hamel will assist Kirk through Cominar’s upcoming year-end financial period to facilitate an orderly transition.

Kirk will resign as a trustee of the REIT upon the commencement of her new position. Cominar has not yet announced her replacement on the board.

Most recently global head of Ernst and Young‘s real estate, hospitality and construction practice, Roth will provide advice and counsel to Rose and AY management on the company’s growth strategy. The 40-year industry veteran’s role will include advising on strategic acquisitions and capital transactions, supporting an expanded global footprint in Europe and Asia, and direct involvement in key corporate projects.

The announcement follows the recent appointments of Carol Johnson as an independent director and the additions of two Caisse de dépôt et placement du Québec reps to AY’s board.

“The creation of Howard’s new independent advisor role and the three earlier board additions demonstrate that Avison Young is committed to assigning prominent leaders throughout our organization and strengthening our commitment to outstanding client service and corporate governance,” Rose said in a release.

Roth was previously a member of EY’s global practice group. He is a CPA, former trustee and governor of the Urban Land Institute, and a member of NAREIT and the National Association of Corporate Directors.

“I am excited to work with Mark Rose and the Avison Young organization,” says Roth, who is based in New York. “Avison Young’s growth during Mark’s 10-year tenure as CEO has been nothing short of extraordinary.”

Geller is a major shareholder of Parkit, which is involved in the acquisition, optimization and asset management of income-producing parking facilities across the United States.

He has also held roles at Sentry Investments and Veritas Investment Research. Anand holds a Bachelor of Mathematics and Business Administration with honours from the University of Waterloo and is a Chartered Financial Analyst.

She also worked in valuations at KPMG LLP, is a Chartered Professional Accountant and Chartered Business Valuator and earned a Bachelor of Commerce from Queen’s University.

The Frontenac Mortgage Investment Corporation board has approved the appointment of Amber Kehoe as the firm’s new corporate secretary. She replaces Dawn Reiser, who has accepted a new position within the Corporate Group. Kehoe joins the Frontenac Mortgage Investment Corporation with an extensive background in project management and experience with the Corporate Group.

Frontenac also announced the resignation of Cara Chesney of Kingston as a director. Chesney resigned due to a conflict of interest; her law firm has been purchased by the fund’s auditor.

Frontenac MIC has assets under management of more than $200 million. Frontenac is a prospectus product managed by W.A. Robinson Asset Management Ltd.

Ajmeraas is the co-founder of FGF Brands, one of North America’s largest and fastest-growing baking companies. He has deep experience in real estate, having transacted in approximately $500 million of real estate throughout North America.