CBRE Canada announced Tuesday president and CEO Mark Renzoni will step down as of Jan. 1 and Toronto-based executive vice-president Werner Dietl will succeed him. 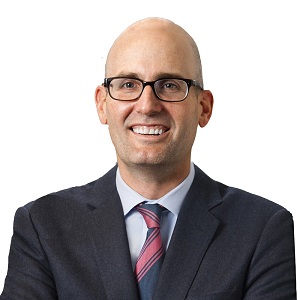 Dietl is currently the executive VP of CBRE’s Toronto downtown office and the regional managing director of its Greater Toronto Area business.

Dietl started his real estate career with CBRE in 1995 as an industrial broker in Toronto focusing on clients in specialized industries, including bulk distribution logistics, high-tech, flex-office and light manufacturing.

During his sales career, he was consistently one of CBRE’s Top 5 industrial professionals in Canada.

Have an executive, or senior staff appointment to share? Email the details to RENX for inclusion in The People Space

In 2014, Dietl moved into management and ran CBRE’s Toronto West operation for two years before being promoted to the downtown office.

Renzoni has been with CBRE since 1989, when he started in the office leasing division. He served in successively more senior roles in Toronto and Vancouver before moving into the CEO’s chair. Renzoni will remain as a director with CBRE through 2019.

Genesis Land Development Corp. (GDC-T) has installed Iain Stewart as president and chief executive officer. Stewart has been an independent director of Calgary-based Genesis since August 2013 and became vice-chair of the board in May 2017. He remains a member of the board.

He will replace Stephen J. Griggs, who has served as interim CEO, and then CEO, since February 2016. Griggs becomes executive chair of the board.

“Since early 2016, Genesis has returned over $45.1 million to shareholders through dividends and share buybacks,” Griggs said in a media release announcing the move. “In addition, our share price has increased by 67 per cent since February 2016, an increase in market value of over $60 million.”

Stewart’s real estate experience spans 30 years, including serving as co-CEO and co-founder of Calgary-based Parkbridge Lifestyle Communities, Canada’s largest owner and operator of land-lease residential and recreational communities. Stewart helped grow Parkbridge from its inception in 1997 to more than $1.4 billion in assets.

He is a chartered accountant, holds an ICD.D designation from the Institute of Corporate Directors and resides in Calgary.

The appointments follow the resignation by Kursat Kacira as both president and CEO and from Firm’s board of directors.

Bloomberg brings a number of years of experience as an investment portfolio manager. Most recently, he was an asset manager with Starlight Investments where he worked on a number of initiatives to maximize value for more than 5,000 apartment units in North America.

Prior to Starlight, he was a financial analyst with Greenwin Inc. Bloomberg is a CPA and CMA.

Marie-Andrée Boutin is the new executive vice-president, strategy and operations – retail, and Sandra Lécuyer has been named vice-president, talent and organization management at Cominar REIT (CUF-UN-T).

Boutin earned her MBA from Concordia University and has extensive retail expertise. After beginning her career with Provigo, Steinberg and Cadillac Fairview, Boutin spent more than 20 years at Aldo, where she successfully headed up a corporate real estate portfolio of more than 850 stores.

She also oversaw the Bensadoun family’s significant real estate investment portfolio for the past seven years.

“We plan to capitalize on Marie-Andrée’s arrival to drive an enhanced profitability of our retail portfolio,” said Sylvain Cossette, Cominar’s president and chief executive officer.

She replaces Guy Charron, who will be leaving Cominar as of the new year.

Lécuyer’s role is to promote a more strategic approach to managing Cominar’s human capital. She has two decades worth of experience in various roles and industries, including the past five years with Cossette Communications.

Avison Young has hired Clint Miller, who becomes a principal and joins the leadership of the firm’s enterprise solutions and tenant representation practices. Based in Minneapolis, he will collaborate with Avison Young’s senior leadership team, supporting strategic growth and expansion.

“Clint is a high-profile leader who aligns with our principal-led, collaborative culture and brings skills and experience that support our growth initiatives,” said Keith Lipton, principal and COO of U.S. operations for Toronto-based AY.

“He’s known for creating strong partnerships and innovative solutions with clients, who benefit from his expertise in occupier and investor services.”

Miller joined C&W in 2002, when he co-founded Northstar Partners in Minneapolis as a member of C&W’s Alliance Program. Northstar grew to employ more than 100 professionals engaged in investment and corporate real estate services before being acquired by C&W in 2007.

Miller is a U.S. Navy veteran who completed two tours in the Eastern Mediterranean aboard the aircraft carrier USS John F. Kennedy. He is active in the CRE industry with memberships in CoreNet, NAIOP and the Society of Industrial and Office Realtors.

Christie Kelly has resigned as chief financial officer at professional services firm Jones Lang Lasalle (JLL-N) to pursue other opportunities. Chief administrative officer Trish Maxson will expand her remit to become interim CFO until a permanent successor is in place. Kelly is staying with JLL until year-end to ensure a smooth transition.

During Kelly’s tenure, JLL’s revenue doubled through organic growth and 70 acquisitions. Among other achievements, she oversaw sustained improvement in the company’s investment-grade balance sheet, steered major technology enhancements in the global finance platform, and elevated the investor relations capability, notably with the appointment of Grace Chang in 2016 as investor relations director.

Galvin presently serves as chair or board member of Uniquesoft, LLC, Velocidata, evolve24, Three Ocean Partners and MCR-Aerodyne. He  is also a member of the executive committee of Northwestern University’s board of trustees, and the boards of trustees of the American Enterprise Institute, the Legion D’honneur, and Tsinghua University School of Economics Management Advisory Council, among others.

Independent investment management firm Fiera Capital Corp. announced Donald LeCavalier, who had agreed to join Fiera as executive vice-president and global chief financial officer, has declined the position. John Valentini will retain both positions in the interim, and remain president and CEO of the Firm’s private investments.