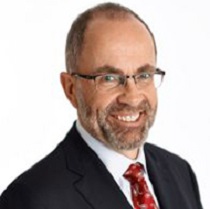 Forbes has served in the position since CT REIT’s initial public offering in 2013. During his tenure, CT REIT has increased its distribution four times and has delivered a total return to unitholders of more than 70 per cent.

His retirement is effective Dec. 31.

“It is difficult to overstate the contribution Louis has made to CT REIT’s creation and growing track record of success. We have benefitted greatly from his knowledge and skills in driving our strategy forward and meeting and exceeding the high expectations we set for ourselves five years ago,” said Ken Silver, CT REIT’s president and CEO, in a release announcing the move.

She holds a Bachelor of Economics from Huron University College and is a graduate of the University of Toronto Rotman School of Management ICD – Directors Education Program.

“(Gibson’s) background and experience make her an ideal successor for the CFO role and we look forward to her contributions in driving CT REIT’s strategic priorities and delivering attractive results for our unitholders,” Silver said.

This appointment marks RBC GAM’s entry into direct real estate equity investing. RBC GAM has more than $7 billion in assets under management in private markets through its mortgage portfolios.

Kitt has extensive experience in North American and European real estate. Most recently, he was chief financial officer and executive vice-president, finance and strategy, for Oxford Properties. He previously held positions at Cadillac Fairview Corporation and Ontario Teachers’ Pension Plan Board.

Kitt holds a Bachelors in Commerce (Honours with Distinction) with a major in finance from the University of Manitoba and earned the CFA designation in 1995.

“Both are highly regarded industry veterans and ideal fits for Avison Young’s client-centric business model and collaborative culture,” said Denis Perreault, Avison Young principal and managing director of the Montreal office. “They will play leading roles as we grow our capital markets services across Quebec.”

During his career, Gagnon has negotiated numerous property investment sales transactions while advising clients on portfolios containing office, retail and industrial assets. Prior to joining CBRE, he held executive, broker and appraiser positions in Montreal with Samson Bélair / Deloitte & Touche, and Altus Group.

Metcalfe has extensive experience as both an investment property broker and appraiser. At CBRE, which he joined in 2001, he co-led the Montreal division of the company’s national investment team. During the last five years there, he was involved in the negotiation of investment transactions worth nearly $3 billion and covered more than 100 properties.

Metcalfe is also a chartered real estate broker and member of the OACIQ. He holds both a Bachelor of Business Administration degree in finance and marketing and a certificate in Real Estate Business.