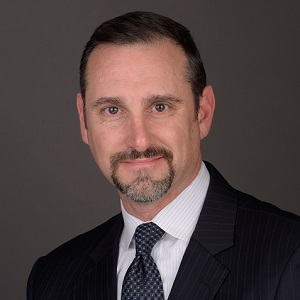 Lucas Pontillo joined Fiera as executive vice-president and global chief financial officer effective Oct. 22. Pontillo takes over from John Valentini, who served as CFO the past three years. Valentini will focus on his role of president and chief executive officer of Fiera Private Alternative Investments.

“We are pleased to welcome Mr. Pontillo as Fiera Capital’s global CFO,” said Vincent Duhamel, global president and chief operating officer of Fiera Capital, in a media release. “His deep expertise in the investment management sector and international experience make him a great fit for the firm.”

He comes to Fiera from Manulife Asset Management Canada, where he was COO. Most notably during his time at Manulife, he played a key role in the acquisition of Standard Life Investments Canada and its subsequent integration.

“My career has taken me from Montreal, to Toronto, to Hong Kong, and I am thrilled it has brought me back to Montreal again,” Pontillo said in the release.

Lakhani joins Fiera after being managing director, EMEA and Asia distribution at First State Investments for seven years. Prior to his time at First State, Lakhani spent almost 14 years at State Street Global Advisors, rising to senior managing director and head of the U.K. and Middle East business. He also held senior roles at Barclays Global Investors and Russell.

MCAN Mortgage Corporation (MKP-T) announced chief financial officer Jeff Bouganim is resigning from the company effective Nov. 26. He will be replaced internally by Dipti Patel, who will be promoted to vice-president and CFO.  Patel is a CPA, CA, and a graduate of McMaster University.

“Ms. Patel joined MCAN in May 2009 and has been a key member of the management team of MCAN serving in roles in the investments division, vice-president and chief internal auditor and most recently, as vice-president operational effectiveness,” said Karen Weaver, MCAN’s interim CEO, in a release.

Katia Saenko has been named senior vice-president, data and technology, at Cadillac Fairview. She will work across the company to develop and implement strategic data, digitization and technology capabilities, efforts designed to advance CF’s digital innovation strategy and enable business growth.

CF owns, operates and develops office, retail, industrial and mixed-use real estate in Canada, the U.S., and South America. Its Canadian portfolio alone is valued at about $29 billion across 67 properties.

Executives, board shuffle at ViveRE

Nova Scotia-based ViveRE Communities Inc. (VCOM-X) announced a series of changes to its management and board of directors.

Chief among the moves is the appointment of Mike Anaka as CEO. Anaka is formerly Atlantic Regional managing partner at PricewaterhouseCoopers LLP, having retired after a 35-year career in professional services.

ViveRE’s board elected T. Richard Turner as chairman, drawing on his experience as chairman and director of public companies and organizations such as Invesque, Pure Industrial REIT, Sunrise Senior Living REIT, Healthlease Properties REIT and others.

Joining the board are: David Pappin, a 29-year veteran of the real estate business who is president of Integrated Asset Management Real Estate Group; and Drew Koivu, who is principal, capital markets group, multi-family, sales at Avison Young. Glenn Holmes resigned from the board and as corporate secretary to focus on his role as CFO.

Glenn Jessome, JD, MBA was appointed corporate secretary. Jessome, a securities lawyer in Halifax, is a member of the National Advisory Committee for the TSX Venture Exchange.

Patrick Maroney has been appointed to the debt team at Timbercreek as executive director, origination – U.S. He will report to Brad Trotter, Timbercreek’s global head of debt.

Maroney brings to Timbercreek over 20 years’ experience in the real estate industry, most recently at Annaly Capital Management as managing director. Maroney will work out of Timbercreek’s New York office.

“Patrick’s wealth of experience will be a tremendous asset as we embark on our U.S. growth strategy,” said Trotter. “Having had the privilege of working with Patrick at GE Capital, I am thrilled to have him join our debt team; he will play a key role in both sourcing new business and building the team to support that growth.”

Timbercreek is an investor, owner and manager of global real estate and related assets valued at about $8 billion. Timbercreek employs more than 600 in its head office in Toronto, and across 19 offices in Canada, the United States, Europe and Hong Kong.