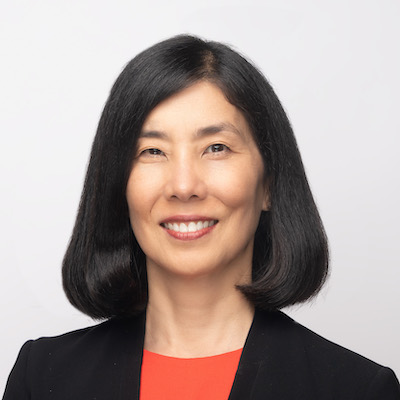 PSP Investments has named Deborah K. Orida its new president and chief executive officer, effective Sept. 1. She will succeed Neil Cunningham, who will become vice-chair and special advisor to the president and CEO until his retirement on March 31, 2023.

Orida has 25 years of experience in the investment and finance industry and was most recently senior managing director, global head of real assets and chief sustainability officer at CPP Investments.

“In making this decision, the board unanimously agrees that Ms. Orida is ideally qualified to lead PSP Investments forward into its next phase of growth and strategic evolution,” said Martin J. Glynn, the board chair at PSP Investments, in the announcement.

“I am deeply honoured by this appointment,” said Orida in the release. “PSP Investments is a global organization with a proven performance track record and a strong talent base. It is a tremendous privilege to be given the opportunity to lead one of Canada’s largest and fastest-growing pension investment managers at a pivotal moment.”

Orida will be based in Montréal.

He will take over from Michael Mackenzie, who has become a trustee of the REIT.

With more than 25 years of experience in Canadian real estate, Bonneveld has been with Skyline since 2009. In his time with Skyline, he has focused on the continued growth and expansion of its real estate investment portfolios through sourcing and facilitating quality acquisitions and monitoring asset performance.

“The REIT is playing a key role in bringing new, purpose-built industrial stock to major Canadian markets that addresses the high demand for warehousing and distribution properties,” Bonneveld said in the announcement.

“Glenn has made incredible contributions to Crombie,” said Crombie president and CEO Don Clow in the announcement. “In his early days as CFO, Glenn built the strong financial conditions that enabled us to pivot our strategy which has resulted in our pursuit of best-in-class AFFO and NAV growth.

“In his most recent years as EVP and COO, Glenn led the construction, development, leasing and operations functions, which among many accomplishments led the successful completion of our first six major development projects and important work in advancing our strategic partnership with Empire.”

No successor has been announced.

Prior to joining AECOM, Leitner was a strategic advisor to the Royal Canadian Mounted Police for a large space inventory project.

Previously, he worked on the Warsaw Road Swing Bridge in Ontario, creating a digital twin of the replacement bridge, which was predominantly built off-site using the digital model and assembled in place.

The project also used multiple light detection and ranging (LiDAR) scans as well as both virtual and augmented reality technologies.

Avison Young has hired Sanjiv Chadha as principal and broker, occupier services at its Toronto operations.

With more than 21 years of experience in international real estate, Chadha has held roles of increasing responsibility – most recently as an executive vice-president of corporate solutions, providing comprehensive real estate services in North America, South America, Europe and Asia.

He has completed assignments with more than $1 billion in transactional value and has over 18 million square feet transacted.

A graduate from the University of Ottawa, Chadha’s professional achievements include yearly national top performer designation and Everest Club designation for top 10 per cent producers with Colliers.

Holler ascends to board chair at Kadestone

Dr. Anthony Holler has been appointed as the board chair at Kadestone Capital Corp. (KDSX-X).

He currently serves as the board chair of Perimeter Medical Imaging AI Inc. and CEO and board chair for Sunniva Inc.

Previously, Holler was the board chair of CRH Medical from December 2005 to March 2020. He was also chairman of Corriente Resources Inc., which sold for $700 million to CRCC-Tongguan Investment Co. in 2010.

Holler was also CEO of ID Biomedical from 1999 until 2005 when the company was sold to GlaxoSmithKline for $1.7 billion.

Before his involvement in public markets, Holler served as an emergency physician at University Hospital at the University of British Columbia. He holds a bachelor of science degree and a medical degree from UBC.

Parvaneh to sit on Sienna board 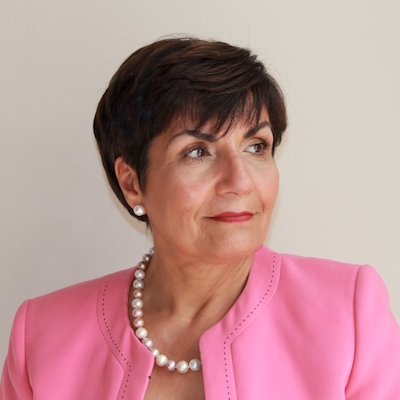 Gina Parvaneh Cody has been named to the Sienna Senior Living board. (Courtesy ERES)

Sienna Senior Living Inc. (SIA-T) announced the appointment of Dr. Gina Parvaneh Cody to its board of directors.

For over 30 years, Cody served as a professional engineer, corporate executive and principal shareholder of an engineering firm, providing services to some of Canada’s largest REITs, financial institutions, builders and developers.

Cody was the first woman awarded a PhD in building engineering at Concordia University, received the Order of Montreal in 2019 followed by Order of Canada in 2020 and was named one of the Top-25 Women of Influence in Canada in 2020.

Today, Cody chairs the board of trustees for Canadian Apartment Properties REIT and is a trustee with European Residential REIT. Cody is also the benefactor and namesake of the Gina Cody School of Engineering and Computer Science at Concordia University in Montreal.

Schonfeldt moving to CAPREIT as CIO

Schonfeldt has extensive capital markets experience, having already been an advisor to CAPREIT in his most recent role as managing director in the Real Estate Group at RBC Capital Markets.

He was responsible for equity and debt capital market transactions, mergers and acquisitions transactions, strategic advisory assignments, and the valuation of major assets and portfolios.

Schonfeldt has raised over $15 billion of equity and debt capital and advised on over $10 billion of M&A transactions in the real estate industry.

He holds a bachelor of commerce from Carleton University and holds his CPA-CA, CFA, CBV and US CPA designations.

Au is a seasoned financial services executive with over 40 years of global experience, including over 25 years serving on boards with notable expertise in the areas of audit and risk.

She serves on the boards of Markel International and Markel Syndicate 3000, Equifax, Computershare Investor Services plc and Ascot Lloyd, an Oaktree Capital investment.

Au holds a master’s degree in auditing and management from the University of London and is a fellow chartered management accountant.

Schuetz has over 30 years of global experience in financial services. Most recently, she spent 16 years at HSBC, rising to become chief operating officer for group retail banking and wealth management. She serves on the board of OakNorth Bank plc, a U.K.-regulated private fintech bank.

Schuetz holds a bachelor of mathematics from University of Waterloo, is a chartered professional accountant and has an MBA from Stanford.

Terra Firma Capital Corp. (TII-X)  has appointed Tristan Kingcott to its board of directors, where he will also sit on the company’s investment committee.

Kingcott is director and general manager, ICM CA Research Limited and brings more than 10 years of experience in private equity, investment management and business development. ICM, through one of its affiliates, is a substantial shareholder of ICM.

Kingcott is responsible for originating and overseeing ICM’s Canadian investments.

He is a CFA and has a bachelor of commerce from the University of Alberta.