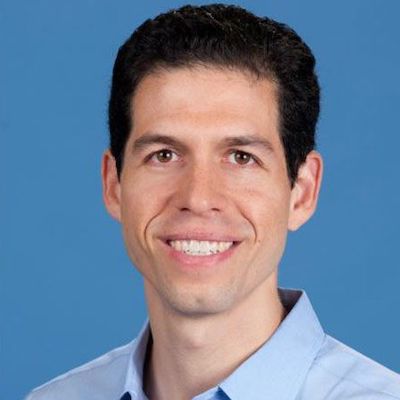 Daniel Schwartz has been promoted to executive chairman and co-chair of the board of directors at RBI. (Handout image)

“Mr. Coiteux and Mr. Émond have a deep understanding of Quebec and global markets. They will certainly contribute to raising the profile of both Quebec and its know-how on the world stage, which is perfectly in line with la Caisse’s strategy,” said Michael Sabia, president and chief executive officer of la Caisse, in a release.

Émond will be responsible for implementing la Caisse’s Quebec investment strategy in addition to piloting, with the executive committee, the strategic planning process for la Caisse’s global activities.

“Quebec’s companies are facing challenges that require effective partners, both for companies that are growing internationally and for those that play a strategic role in Quebec’s economy,” Émond said in the release.

Émond is a graduate of HEC Montréal who spent 18 years at Scotiabank, notably as head of Quebec’s investment banking group and then global head, investment banking and Canadian corporate banking. After leading the acquisition of Canadian asset management firm Jarislowsky Fraser, he became the chair of its board of directors, a position he recently relinquished.

As chief economist, Coiteux will be responsible for providing la Caisse with economic and business intelligence leadership to identify areas of risk and opportunity in international markets.

For nearly 20 years, Coiteux was a professor at HEC. He was also the Bank of Canada’s representative in Quebec. More recently, he served as president of the Treasury Board of the Government of Quebec and in various ministerial posts. Coiteux holds a PhD in international economics from the Graduate Institute of International Studies in Geneva.

“Economic analysis plays a critical role in finding the best investment opportunities in Quebec and around the world, particularly in such a competitive environment.,” Coiteux said in the release.

CDPQ is a long-term institutional investor managing funds primarily for public and parapublic pension and insurance plans. As at June 30, 2018, it held $308.3 billion in net assets.

Daniel Schwartz, who has been the chief executive officer of Restaurant Brands International (RBI) since its formation in 2014, has been promoted to executive chairman and co-chair of RBI’s board of directors. He will also take a more active role as a partner at 3G Capital, an international investment firm which owns RBI.

Schwartz, who had also served as CFO, was instrumental in the creation of RBI through the acquisitions of Burger King in 2010, Tim Hortons in 2014 and Popeyes Louisiana Kitchen in 2017. He was previously CEO of Burger King.

Cil had been the president of Burger King since 2014. Kozba has spent seven years as an executive in the business, including as CFO from 2013-’17 and as chief technology and development officer in 2018.

Arkeveld spearheaded several transformative initiatives since joining the company in 2015, including the acquisition of Instanet Solutions, which significantly expanded Lone Wolf’s product portfolio and enabled it to become the largest brokerage software platform in North America.

The platform includes solutions for both back office and transaction management and is utilized by more than 20,000 offices and 500,000 agents.

“It’s been my honour to lead Lone Wolf and I am incredibly proud of our accomplishments,” Arkeveld said in a release. “Jack brings the skill set and experience to drive Lone Wolf forward on this tremendous upward trajectory, and I am confident he will serve our clients well in the years ahead.”

Blaha was the former CEO of PeopleAdmin, which like Lone Wolf is a Vista Equity Partners portfolio company. At PeopleAdmin he led the organization through a similar period of significant growth. Blaha previously served as executive vice-president and chief operating officer at Aptean, Inc.

Gupta appointed to Zonetail board

Reetu Gupta has accepted a position on the board of governors of mobile technology provider Zonetail Inc. (ZONE-X). Gupta, CEO and president of The Gupta Group and Easton’s Group of Hotels, has worked in the real estate and hospitality industries for more than 20 years. She is also co-founder of Rogue Insight Capital, a participant in Zonetail’s most recent funding round.

Zonetail platforms connect hotel guests and condo residents to the amenities and services of their building through personal mobile devices. Easton’s Group has begun adopting the Zonetail hotel platform, and Gupta Group plans to adopt the Zonetail condo platform.

Zonetail says it has over 25,000 hotels and more than 2,000 condominium buildings in its portfolio. It has offices in Toronto and San Dimas, Calif.

Commercial real estate lawyer Kyle Genga has joined Norton Rose Fulbright‘s Toronto office as a partner. Over a two-decade career, Genga has built a diverse portfolio and acted on some of the largest transactions in Canada, notably as counsel to the purchaser of 90 CIBC retail banking locations and related leaseback transactions.