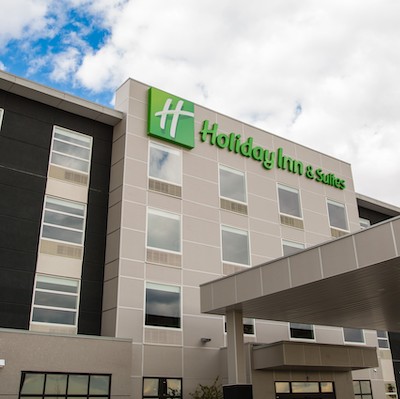 Sukhi Rai, president of Surrey-based PHI, said the company has been a believer in Alberta for the past 15 years.

“We’ve seen ups and downs in Alberta, but with our large portfolio we have outperformed our underwriting. The product that we build, the product that we bring into the market, outperforms the rest of the market and captures more market share,” said Rai in an interview with RENX. “I’ll give an example: in Edmonton West, we opened a hotel two years ago. It’s one of our better-performing hotels because Edmonton West did not have any new products for many years. So, when a new product comes into the market it absorbs a lot bigger market share than the older stuff.

“We have a property in Grande Prairie that we opened up a year ago. It’s one of the best-performing Four Points in the country. Edmonton South is the same scenario. Even through the recessions we’ve got two hotels that never did less than 80 per cent (occupancy) even during the lowest times of oil. As long as you have the right product, I think Alberta hotels perform very well.”

PHI Hotel Group has 24 properties in British Columbia and Alberta split evenly between the two provinces.

Partners with Siksika on three hotels

Part of its latest Alberta initiative has been to partner with Siksika Resource Development Ltd. (SRDL). The company generates revenue for the Siksika Nation, part of the Blackfoot Confederacy, situated about an hour’s drive east of Calgary south of the Trans Canada Hwy. 1.

Recently PHI Hotel Group opened three Marriott-brand hotels in Alberta in 50/50 partnership with SRDL — the 247-room Westin Calgary Airport and Conference Centre at the Calgary Airport as well as the 140-room Four Points by Sheraton and the 81-room Westin Element in Edmonton.

“We engaged with them about three years ago looking at hospitality investments,” said Tom Many Heads, president and CEO of SRDL. “Calgary is where it started, but we also were looking at Edmonton. We were looking for potential partnerships in hospitality.

“How the Westin came about, Sukhi Rai and his group were already building it at the time. It was probably halfway through and at that midpoint we reached a deal for a 50/50 joint venture partnership.

“Our intention is to eventually own the property 100 per cent and Sukhi has no problem with that as long as he’s paid fair market value. We’re going to be working toward that in the coming years. Hopefully the next three to six (years) is kind of our timeline.”

Many Heads said SRDL has plenty of business in the Edmonton area and it sees growth in that marketplace as well.

“In terms of our partnership with Sukhi, anything’s possible. We’ve been in the development phase for a good two years. So we want to see now how things go on the operations side of it, but from our perspective and in our discussions and ongoing dialogue with Sukhi, we see this as hopefully just the first of perhaps many potential partnerships in the hospitality sector.

“Perhaps other real estate-related ventures, who’s to say? But we really want to focus on these now with our partners in establishing a good foothold for Siksika in both Calgary and Edmonton.”

Outside the ventures with PHI Hotel Group, SRDL has partnered with Grande Prairie-based Pomeroy Group in four other hotels:

* and in Alberta at the Pomeroy Kananaskis Mountain Lodge.

Rai said the two hotels recently opened in Calgary are the company’s first in the city.

“When we bought these sites, markets were at the high in 2012 and 2013 and we started building in 2014 and 2015,” he said. “The Calgary market is softer than the rest of the province’s market, but with the product that we have brought in I don’t think we’ll have challenges on that.

“In our Westin Hotel, we’ve got the biggest ballroom in all of Alberta; that will bring large conferences and group business to that market.”

Rai said PHI has another property opening in mid-April, a Marriott TownePlace in Sherwood Park just east of Edmonton. It is in the ground for another three properties in Edmonton and Calgary — Holiday Inn Express & Suites and the Candlewood hotels in downtown Edmonton and a Best Western in Calgary South.

Construction for those three properties will take about two years.

Challenging time for hotels in Alberta

Dave Kaiser, president and CEO of the Alberta Hotel & Lodging Association, said it has been a challenging time for the Alberta hotel industry.

“Hotels in the resort areas have done exceedingly well and those in the rest of the province have been certainly far more challenged with the exception of a couple of markets that seem to be OK right now,” Kaiser said. “That’s probably kind of been the story since 2015 when things started to really go in the other direction.”

He cites a combination of the economy, government policy and the amount of new construction as challenges for the Alberta lodging industry.

“We’ve had a ton of inventory added over the last few years here in the province at a time when demand had fallen off the cliff to some degree and has been relatively stagnant. . . .

“I heard at a recent conference that Alberta had rented more hotel rooms in 2018 than ever before, but the other side of that is we’ve added so many rooms on a per-property basis we haven’t gotten the results that we need to prosper into the future.”

Kaiser said Alberta hotel room supply increased by about 14 per cent in the past year.

“That’s a big number and that’s continuing. There’s another 3,000 rooms in the pipeline for Alberta,” he said. ”From 2014 to 2018 we had supply outside of Calgary and Edmonton increase by seven per cent, but we had demand dropping that same period in those markets by 17 per cent. That really gives you a picture of the imbalance.

“In Edmonton, between 2014 and 2018, we had supply growth of 16 per cent. That’s how many more rooms we added to the market and in that same period we had demand down four per cent.

“More than anything, that kind of tells the story why we’re in the position we are in the hotel sector. In Calgary, supply increased by 20 per cent and demand has finally recovered and is actually up over that same four-year period: by one per cent.”

Kaiser said some new building is being done by hotel owners taking advantage of lower construction costs due to a slower economy. They’re looking at the long term for the market to recover.