“If you’re not thinking about place-making in large-scale mixed-use developments in Toronto, or any other part of the world for that matter, you are definitely going to run into some interesting problems down the road,” is how LiveWorkLearnPlay partner and principal Rob Spanier opened a session at the May 3 Land & Development Conference at the Metro Toronto Convention Centre. 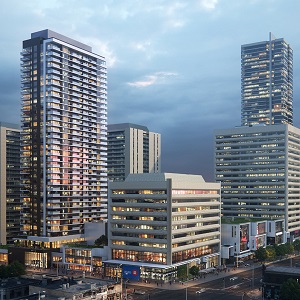 Spanier has spent his career attempting to create a sense of place in real estate developments by coming up with something that’s meaningful, where people can develop a deep emotional connection and want to return to again and again.

Important elements involved in accomplishing this feat, according to Spanier, include: capitalizing on local community assets; contributing to people’s health and well-being; focusing on designing for people; having quality public spaces; creating places for people to gather and socialize; and including a variety of uses.

Spanier mentioned Jonathan Downie, a friend in London, England. He said Downie is building a $250-million business with outdoor and night markets by “putting together five or six food uses and a couple of bars in an abandoned area and creating a real experience.”

Such developments, including Dinerama in the recently gentrified Shoreditch area of the city that’s become an east end creative hub in recent years, drive visitation and commercial spending. This leads to: greater activity, vibrancy and foot traffic; gives a place a unique identity and brand; increases revenues for tenants and asset owners; and maximizes the value of other real estate assets.

Spanier expects food markets and halls to become a trend in Toronto over the next few years.

He cited The Rockport Group’s Montgomery Square purpose-built rental apartment building that will go on the market next year. It includes a former post office that will become a 20,000-square-foot food hall in the Yonge Street and Eglinton Avenue area where 37,000 people live and another 33,000 work.

Quadrangle Architects principal Sheldon Levitt talked about a couple of Greater Toronto Area projects he’s worked on to strengthen the connections between people and buildings.

One was redeveloping RioCan (REI.UN-T) and KingSett Capital’s Yonge Sheppard Centre at Yonge Street and Sheppard Avenue. This retail and office site from the 1970s, he said, had an overly complex design.

Levitt made some bold moves on the exterior, incorporating a large entrance while maintaining a pedestrian scale at street level, while getting rid of some interior clutter.

“Whatever’s working in retail today and for the next 10 years can work here but, as things evolve into the future, it can adapt to those changes because of the basic principles of keeping it visually and physically accessible,” Levitt said of the new design.

A dozen buildings have been constructed and 10 more should be built by 2026.

Levitt said a huge investment has been made in place-making, with art pieces and a carousel being included in “a strand of nicely scaled public places” around the buildings.

“As the different interested parties come in, the building sites actually change form. It’s really reacting to what people are seeing and what the market’s looking for.”

First Gulf development director Renée Gomes outlined plans for East Harbour, a 60-acre site where a Unilever plant was previously located at the foot of the Don Valley Parkway at the eastern periphery of downtown Toronto.

First Gulf owns most of the site, which is about the same size as Toronto’s central business district, but there’s also some public ownership and smaller private owners involved with what Gomes called the largest commercial land development in Canada.

“We have to work very closely with governments and other stakeholders to overcome the infrastructure issues that are going to unlock this site,” Gomes said.

No residential development is permitted.

The long-term goal is to have 11 million square feet of office space for more than 70,000 people.

“We need to figure out a way to get all the benefits of a mixed-use district without having the residential component,” said Gomes, who expects 80,000 residents to live within walking distance of East Harbour through future development.

Well above the traditional two per cent of the land will be dedicated to public space and there will be a balance of indoor and outdoor space owing to the cold and snowy winter climate.

Gomes said the non-employment space must have a mix of amenities incorporating the best of Toronto’s downtown to attract people to work at East Harbour during weekdays and spend time there at night and on weekends.

“Even though it’s the smallest portion of what our development is, I’d say it’s the most critical and the most difficult nut to crack in terms of making this a successful place in the long term.”